Julie Brannagh, author of BLITZING EMILY, is taking over the Avon Books twitter account (@AVONBOOKS) on Sunday, February 2nd, 2014 for a Super Bowl Half Time Twitter Blitz! Julie will be talking about all things love, football, books and more!

As if a conversation about all our favorite things AND a giveaway—that includes some hot Avon sports romances—isn’t enough, Julie will also be revealing the awesome cover of CATCHING CAMERON (the third book in her series)!

Just in time for the Seattle Sea Hawks vs the Denver Broncos Super Bowl showdown (and the anticipation of her forthcoming title RUSHING AMY on- sale 2/11) Julie wants you to join in on the fun!  We’d love for you to stop by, chat, say hello. Just use the hashtag #LUVFOOTBALL during half time today!! 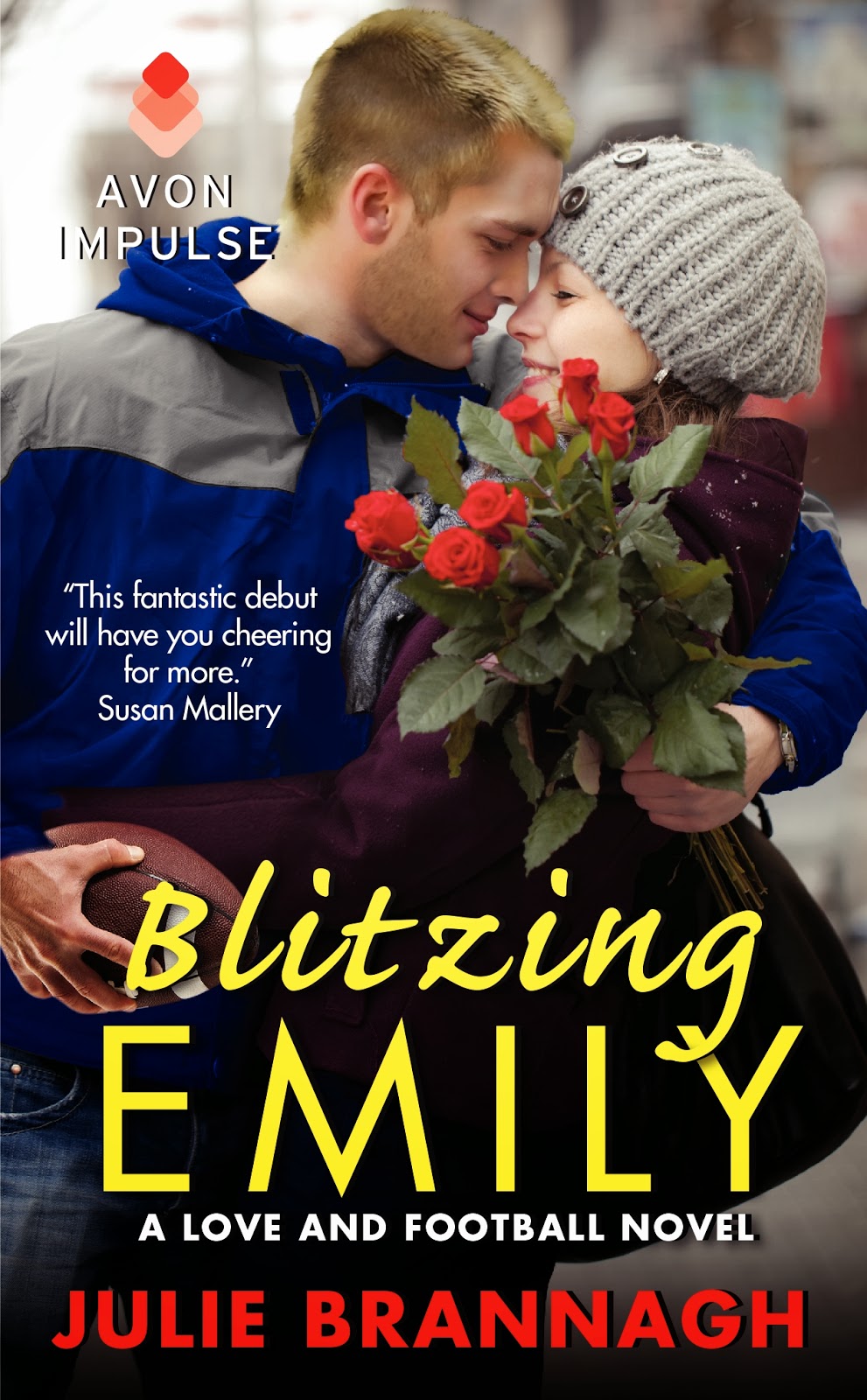 All is fair in Love and Football…

Emily Hamilton doesn’t trust men. She’s much more comfortable playing the romantic lead on stage in front of a packed house than in her own life. So, when NFL star and irresistible ladies’ man Brandon McKenna acts as her personal white knight, she has no illusions he’ll stick around. However, a misunderstanding with the press throws them together in a fake engagement that yields unexpected (and breathtaking) benefits.

Every time Brandon calls her “Sugar,” Emily almost believes Brandon’s playing for keeps, not just to score. Can she let down her defenses and get her own Happily Ever After? 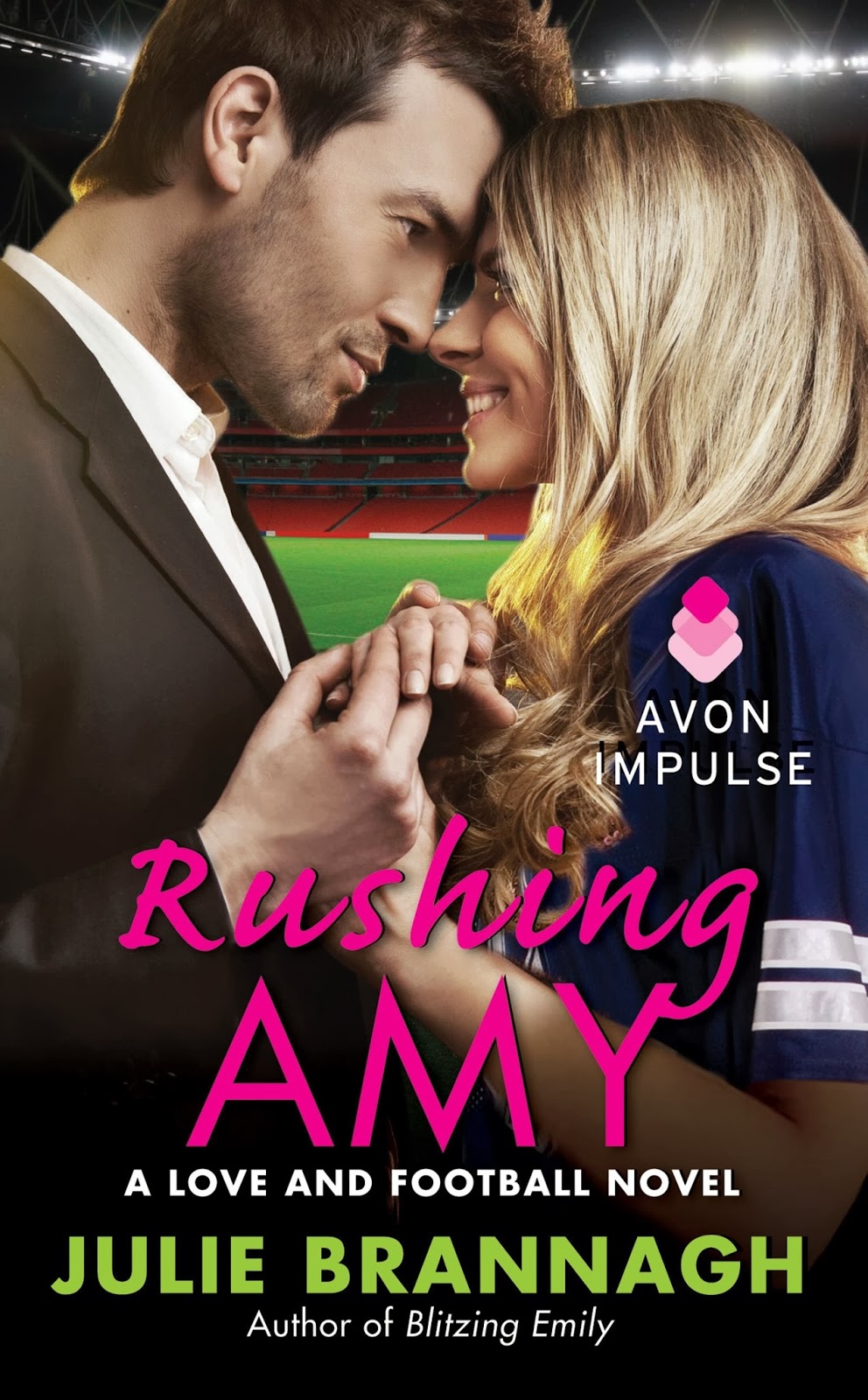 When Amy meets former-football-star-turned-analyst Matt at her sister Emily’s wedding she knows he will turn her world upside down, but is that necessarily a bad thing?  For Amy Hamilton, only three F’s matter: Family, Football, and Flowers. It might be nice to find someone to share forever with too, but right now she’s working double overtime while she gets her flower shop off the ground. The last thing she needs or wants is a distraction...or help, for that matter. Especially in the form of gorgeous and aggravatingly arrogant ex-NFL star Matt Stephens.

Matt lives by a playbook--his playbook. He never thought his toughest opponent would come in the form of a stunning florist with a stubborn streak to match his own. Since meeting her in the bar after her sister’s wedding, he’s known there’s something between them. When she refuses, again and again, to go out with him, Matt will do anything to win her heart... But will Amy, who has everything to lose, let the clock run out on the one-yard line?


a Rafflecopter giveaway
Posted by MrsLeif at 5:40 PM