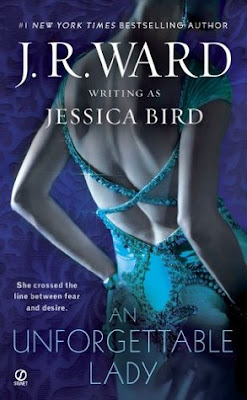 This is the story of Grace Hall, a rich socialite who is also a recently married Countess. What the public doesn't know is that her marriage is on the rocks already. She has been separated for months and is trying to get a divorce without the newspapers finding about it. Her father had passed away a few months back and she is trying to keep herself as the head of the Foundation that he was part of. On top of all this, someone is killing women who have been featured in a Times article. All of them are famous and known to Grace. She is one of the six females featured in it.

Could she be the next victim of this serial killer? Her friend Carter thinks so. Carter's husband, Nick Farrell (featured in another book) calls John Smith. John is the owner of Black Watch LTD, a private security company. He hires seals, marines and rangers. He is also a "ghost". Has not used his real name is so long, he may have forgotten it. In his line of work, he needs to be able to disappear, leaving no trace behind.

He takes the position as Grace's bodyguard and moves into her Penthouse. Here is where the romance starts. John is trying to continue with his self impose rule of never falling for a client, which Grace is making it very hard to do. On the other hand, Grace is trying to stay away from trouble and keeping herself alive.

This book was very entertaining and I enjoyed tremendously. John is a classic alpha dominant but Grace doesn't intimidate easily. I like how Mrs. Bird connects her characters from other books. They are all tied together even if it is just a quick cameo. It reminds me of her other series, the BDB which I love, you feel me?

You could see some of Zsadist or Wrath in John and some of Bella in Grace.