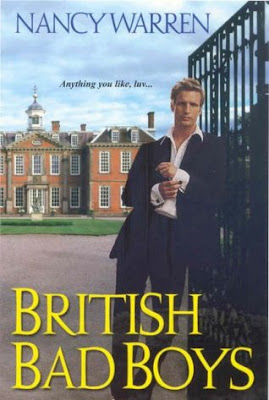 George and the Dragon Lady

Maxine Larraby is a documentary filmmaker doing a series called Great Estates, Grand Titles. She goes to interview the Earl of Ponsford, George Hartley, at his ancestral home. George's Castle and the grounds are in danger of not surviving without more income. The Earl decides to accept the reporter into his home knowing that this will attract more visitors and the needed revenue to keep Hart House going.

They meet and like each other instantly. But, will she give up her career and stay with him or return to LA?

The second story is about Meg Stanton, an American writer. She writes thrillers and flies to England to find some needed inspiration for her next novel. What she finds is Arthur Denby, pub owner of the Royal Oak and a friend of George and Maxine. She pictures him as her next imaginary villain. The villains in her stories usually died at the end of her books. Is he going to have the same fate?

The attraction is mutual and this dangerous looking man can take her heart as well. After all, doesn't she have a soft spot for villains?

The third story is about Maxine's sister, Rachel Larraby. A chef, recently divorced and unemployed. Maxine invites her to Ponsford to distract her and get her out of the depression she has sink in after loosing her job.

Once she arrives to Hart House, she agrees to cater for a wedding at the Castle. The bride's brother, Jack Flynt, comes to oversee the preparation for the wedding.

Jack has not committed to a woman before. Rachel doesn't think she will be the exception.

Maybe a fling is all she really needs. But, what if Jack wants more?

Does make you want to fly to England and enjoy a darts night at the local Pub.