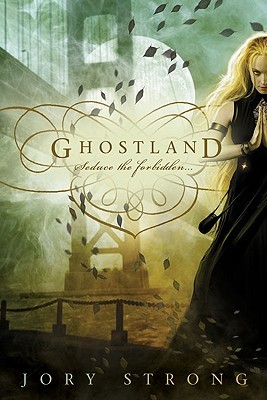 Shamaness Aisling McConaughey is taken from the safety of the only home she has known, to help find the mistress of a wealthy man. She knows her life will never be the same after she leaves the safety of the farm for Ghostland.

She is able to use her power and spirits to find the woman, Elena. When she finds her, she is about to be sacrificed by dark priests. Her pet ferret/Spirit guardian, Aziel is able to communicate with her while in the spirit world and he gives her a name to call. The help comes in the form of a Djinn Prince, Zurael en Caym. He is livid at being summoned and after disposing of the dark priests tries to kill her. She is able to survive. He vows to find her and make her pay. He is also instructed by his father to find an ancient table in the human wold.

Elena convinces Aisling to help her find her kidnappers. She tells her about a drug called Ghost that can take you to the spirit lands. Elena was under the influence of Ghost when she was taken. The Spirits want Aisling to find the makers and destroy them.

Zurael joins forces with Aisling to discover the makers of the drug and to stop the dark rituals involving human sacrifices.They also have to fight their attraction for each other.

In this post apocalyptic world, no one is safe after dark, supernaturals are frown upon or taken advantage off.

This new world is enticing but I thought that many of the sex scenes were unnecessary.