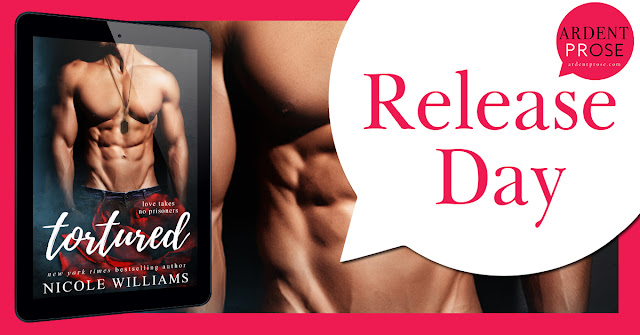 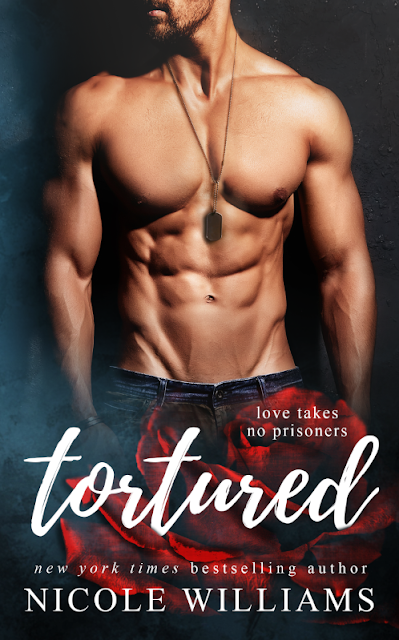 When he left for a twelve-month deployment, she knew it would feel like forever before they saw each other again. She didn’t realize how right she was.

When Lance Corporal Brecken Connolly gets taken as a POW, Camryn hopes for the best but steels herself for the worst. In the end, steel was what she needed to survive when he didn’t. She moves on the only way she knows how—gilding herself in more steel.

She builds a new life.

She leaves the old one behind.

Until one day, she sees the face of a ghost on the news. Brecken seems to have risen from the dead, but she knows she can’t perform the same miracle for herself. While Brecken was held in a torture camp for the past five years, she’s been trapped in her own kind of prison. One she can’t be freed from.

The man she mourned comes back to join the living, but the girl he wanted to spend his life with isn’t the same woman he comes back for. Brecken isn’t the same person either. The past five years have changed them both. While he’s determined to put the pieces back together, she’s resolved to let hers rot where they shattered.

Broken or not, Brecken wants her back. He’ll do anything to achieve that. Even if it means going against the warden of Camryn’s personal prison—her husband. 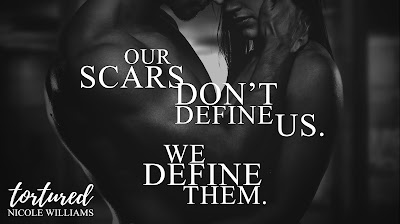 My head lifted. “There is an explanation.”
“You don’t owe me one.” His head barely shook. “And it doesn’t change the outcome.”
“What outcome?”
Brecken did half a turn, motioning at the house behind me before indicating at me. “You belong to someone else now.”
I couldn’t deny it.
Yet I couldn’t confirm it either.
“It’s okay,” he continued, his throat moving. “I’m happy to have you in my life. In whatever capacity I can. Even if it’s saving my ass every once in a while when I flambé my scrambled eggs.”
I stood from my seat and moved beside him. Regardless of everything else, he was alive. “I’m happy to have you in my life in whatever way too. Even if it’s saving my ass from something else.”
His shoulder touched mine. “I’ll save your ass from whatever you need saving from.”
“Hero complex?” My eyebrow lifted at him.
“Far less noble,” he replied, his eyes dropping behind me. His mouth stretched into a grin. “You’ve got a nice ass. Totally worth saving.”
Elbowing him, I feigned appall, but he saw through the act.
“I better get going. I don’t want to overstay my welcome.” He moved down the steps, holding the handrail as he took them backward. “Let me know what you decide to tell Crew. If you decide to tell him anything.”
My arms folded as I moved to the edge of the porch, watching him lower himself one step at a time. “Things between Crew and I are—”
“Complicated. Yeah. I was listening. I know that.” Brecken stopped when he stepped onto the pathway. “I don’t want to make things more complicated for you, so just let me know how I can do that. Unless you want me to complicate things for you, then by all means, let me know how I can do that as well.” He was joking, the glint in his eyes told that, but he wasn’t entirely. His face told me that.
When I went to reply, all that came out was a sigh.
“Listen, you’re with him. I know you’re his wife.” He was staring at me, still holding onto the handrail. Not able to let go. “If he wants to hear me say that to his face to make him feel better, I will.”
“You know what question Crew will follow up with.”
He nodded once. “If I’ll respect the fact that you’re his wife.”
My silence was a confirmation.
“Well, that’s simple,” he said, his voice sounding like the one I remembered. It didn’t waver. It didn’t rasp. Brecken’s eyes didn’t leave mine as he backed away. “I’d tell him that I have every intention of showing him the same amount of respect he showed me when he moved in on my girl weeks after my fake execution.”

Nicole Williams is the New York Times and USATODAY bestselling author of contemporary and young adult romance, including the Crash and Lost & Found series. Her books have been published by HarperTeen and Simon & Schuster in both domestic and foreign markets, while she continues to self-publish additional titles. She is working on a new YA series with Crown Books (a division of Random House) as well. She loves romance, from the sweet to the steamy, and writes stories about characters in search of their happily even after. She grew up surrounded by books and plans on writing until the day she dies, even if it’s just for her own personal enjoyment. She still buys paperbacks because she’s all nostalgic like that, but her kindle never goes neglected for too long. When not writing, she spends her time with her husband and daughter, and whatever time’s left over she’s forced to fit too many hobbies into too little time.
Nicole is represented by Jane Dystel, of Dystel and Goderich Literary Agency.