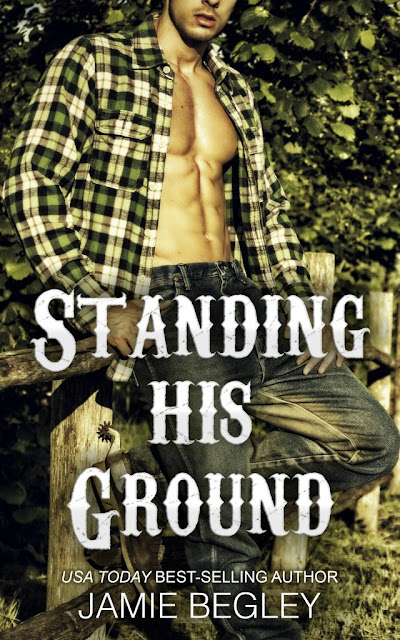 The Porter brothers were raised to live and die by Three Rules.


One, a Porter always keeps what’s his.

Greer’s been searching for love in all the wrong places. He wants kids … and lots of them, so it’s time to get busy and find the lucky woman to share his bed and his life. Though there isn’t a lot to choose from in the small town of Treepoint, he has managed to narrow his choices down to three.

The strange thing is, the one he’s falling in love with remains a mystery, hiding her face and name in the messages she sends from behind her computer. The mysterious woman may dodge his questions about her identity, but it’s only a matter of time before she finds out that this Porter brother won’t back away from something he wants, and he wants her.

Come hell or high water, he will find the one who goes by KentuckyGirl and make her his, despite what anyone says, even her. And KentuckyGirl is going to find out the last Porter rule the hard way: A Porter always stands his ground and leads his prey into his waiting arms…

"The sign he was looking for was nowhere around. A daisy couldn't bloom in winter."

I'm always happy to one-click on a Jamie Begley novel. She is a must buy for me. I'm invested in her book world and all her connected storylines.

To my shock, the book begins with Greer deciding he needs to settle down. He wants a wife and he wants children. He has narrowed his list down to three women. The whole family is in agreement that the woman he has had an on and off relationship with since high school is not the one for him. Jo is on his list too but Greer really likes KentuckyGirl, his online friend. She is smart, seems sweet and they get along well. She also likes daisies and Greer believes a daisy is the sign of his one true love.

Holly has been living with the Potters for the last six years ever since Logan moved in with them. Holly loves Logan as her own child. She also has developed feelings for Greer. She knows he blames her for keeping Logan apart from their family. He doesn't hesitate to let her know everything he dislikes about her. Too bad you can make your heart fall in love with the right person sometimes.

It was hard to like Greer when he was being an obnoxious mule. He treated Holly in an awful way. I wanted to give him a piece of my mind. I knew there was more to him but he only showed his worst side to her. Luckily, as the story unfolds we get glimpses of his hidden nature making him more likable.

As always with a Jamie Begley book, I was able to enjoy the story. It had many Last Rider cameos as well as great banter between them and the Potter siblings. I laughed and I cried too.  So why wouldn't I give it a higher rating? Well, I thought their declaration of love came out of nowhere. I understand that Holly has loved him for a while but Greer changed from hating her to loving her the next second. I would have like to see some major groveling from him. Other than that, I have no complaints.