Gone Without A Trace by Mary Torjussen 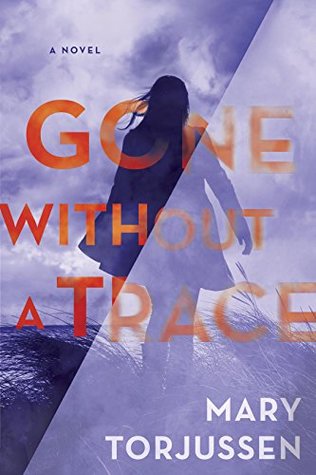 How far would you go to find the one that got away?

From the imprint that published Fiona Barton’s instant New York Times bestseller The Widow and Clare Mackintosh’s global phenomenon I Let You Go, comes Mary Torjussen’s GONE WITHOUT A TRACE(Berkley Trade Paperback Original; 978-0-399-58501-2; April 11, 2017; $16.00)—an electric, compulsive thriller about a boyfriend’s unexplained disappearance, and its corrosive effects on the woman he left behind.

In GONE WITHOUT A TRACE, young professional Hannah returns from work to find her live-in boyfriend, Matt, is gone. His belongings have disappeared from their house. Every call she ever made, every text she ever sent, every photo of him and any sign of him on social media have vanished. It’s as though their last four years together never happened. As she struggles to get through the next few days, with humiliation and recriminations whirring through her head, she knows she’ll do anything to get answers. Where has he gone? Why has he left?

Then the messages start—cryptic and creepy texts and videos—and Hannah realizes that someone is watching her every move. And there are signs that someone has been in her house.
As her search for Matt progresses, Hannah treads further into madness and obsession—and the only way out is to come to terms with the one shocking truth she just can’t accept. . .

For anyone who has ever asked “Was it something I did?” GONE WITHOUT A TRACE brings to chilling light the doubt, fear, and obsession that can lie dormant in our most intimate relationships.

Shari Lapena, New York Times bestselling author of The Couple Next Door, says: “Gone Without a Tracehas one of the most interesting narrators I’ve ever come across.”

I wish I could say I loved this book but I can't. Unfortunately for me, the storyline felt weak and unreal. It didn't help that I found the main characters to be unlikable and the resolution of the suspense was way over the top.

In the beginning, Gone Without a Trace introduces the main female character, Hannah. Hannah is excited about receiving a possible promotion in her job. Filled with happiness she rushes home to celebrate her recognition by her boss with her boyfriend but instead, she discovers he's gone. He has left her and he has deleted all his digital life from her electronics.

Hannah is nothing but devastated by his absence.  She feels lost and she begins to search for him. Her job becomes secondary. Eating and sleeping are gone from her vocabulary. She is so distraught that when weird things start happening to her, she is not sure who's behind them. Worse, she soon realizes someone is coming inside her home and leaving notes for her. She receives anonymous texts and calls. She wants to believe it's Matt behind them. This fuels her obsession with the idea of finding him. She can't think of anything else.

I'm sad Gone Without a Trace didn't turn out to be a novel which kept my interest. At the beginning, I was dying to find out what really happened with Matt's disappearance. Was there foul play? Was Matt crazy and was he playing a cruel game with Hannah? But, when the mystery was finally revealed, it left me my head spinning and questioning the choice of the twist which created so many weak points in the story.

While I appreciate the author trying to give a fresh spin to the thriller, the lack of consistency became a problem for me. It felt too unbelievable and unrealistic. 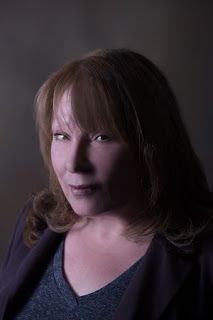 Mary Torjussen has an MA in Creative Writing from Liverpool John Moores University. She worked for several years as a teacher and lives outside of Liverpool, where Gone Without a Trace is set.