Too Hard to Forget (Romancing the Clarksons #3)
by Tessa Bailey 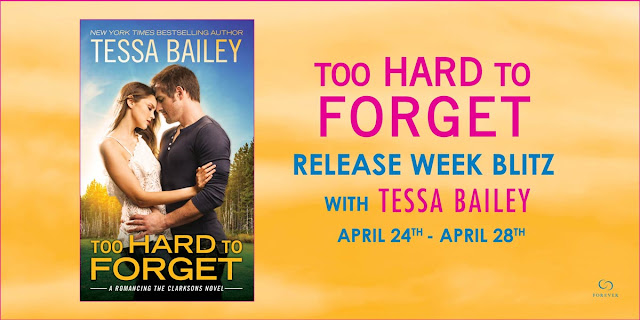 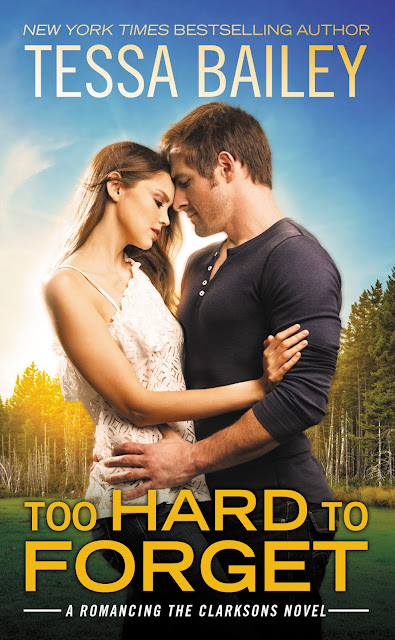 This time, she's calling the shots.

Peggy Clarkson is returning to her alma mater with one goal in mind: confront Elliott Brooks, the man who ruined her for all others, and remind him of what he's been missing. Even after three years, seeing him again is like a punch in the gut, but Peggy's determined to stick to her plan. Maybe then, once she has the upper hand, she'll finally be able to move on.

In the years since Peggy left Cincinnati, Elliott has kept his focus on football. No distractions and no complications. But when Peggy walks back onto his practice field and into his life, he knows she could unravel everything in his carefully controlled world. Because the girl who was hard to forget is now a woman impossible to resist.

THE ROMANCING THE CLARKSONS SERIES

“I don’t know, Peggy.” He whirled on her, closing in until she was forced back onto the desk. “I had an All-American on my squad this morning and now I don’t. That’s all I know.” He pointed a finger toward the window. “I solve problems down on the field. Saving people isn’t my job.”

Saving people. God, there was such a wealth of regret and pain in those two words. But he couldn’t hear it and she couldn’t address it. Letting him know she saw right through his façade to the hurt beneath might force Elliott to close himself off. “You didn’t always limit yourself. Why are you doing it now?”

“But how will you know if something can’t be changed unless you try?”

“When it comes to certain things, Peggy, trying leads to losing.” He was in her face now, the mint from his toothpaste familiar and inviting where it slid over her lips. “And I don’t lose.”

No one ever stood up this man but her, and she wouldn’t be cowed now. “No? You’re out a receiver.” She hitched herself up on his desk. “I’d call that a loss.”

The tips of his shoes met Peggy’s, his hands gripping the furniture on either side of her hips. “Who do you think you are, little girl? Coming into my office and telling me what I’ve done wrong?” His eyes were brilliant in their vexation, the attraction he was trying so hard to fight. “Where do you get the goddamn bravery?”

“The bravery is what you liked best about me,” she breathed, heat sizzling in a downward V toward her thighs. “Isn’t it?”

“No. That bravery is what almost led to my downfall.” His hands found her bottom, jerking her to the edge of the desk. “I resented it. Still do.”

“Liar,” Peggy whispered, easing her thighs wider. “You’re dying for an excuse to head for another downfall.” When her legs were as open as she could spread them, she leaned up to Elliott’s ear and let her breath shake loose. “One thrust.”

Elliott’s right hand came up out of nowhere, molding over Peggy’s mouth as his hips crowded into the notch of her legs. With a quick maneuver to recline her halfway back, Elliott’s erection found the apex of her thighs, delivering an aggressive pump against her underwear that sent a scream climbing up Peggy’s throat, only to be trapped by his hand. Knees jerking up out of reflex over the rush of sensation, an orgasm almost—almost— broke past the surface, sending her waters rippling out on all sides. Her legs wanted to hug Elliott’s waist, her voice wanted to beg for one more, one more, one more, but he shook his head, denying her, even though his gaze was hot, a low groan issuing from his harshly masculine mouth.

He leaned in and nipped the lobe of her ear. “Next time, ask for two.”

I was in the mood for a steamy romance, and this book really hit the spot! This book had romance, humor, angst, drama, and plenty of banter. I blew through this book and really enjoyed it! This was the first book I read in this series, and I do plan on going back and reading the other books in this series sometime soon!I really liked the main character, Peggy. At first, Peggy seemed like a someone I wouldn't get along with. However, as the book progressed and Peggy opened up more, I fell in love with her character! Peggy had a lot of emotional walls put up, for good reasons, and it was nice to slowly see behind those walls. Peggy was a smart, kind, funny, and well-developed character. Elliot was a typical brooding and sexy man. He was very standoffish at first which made hard to connect with him. He came off as a jerk at times, but as time went on, I liked him more. He became more loveable as the book progressed!At first, the romance wasn't wowing me. I think that was because I didn't really like Elliot at first. However, as the book went on, the romance got better and better. By the end of the book, I was shipping Elliot and Peggy so hard! The chemistry that Tessa developed between Elliot and Peggy was off the charts. The tug and pull of their relationship was frustrating at times, but it also was very addictive. I hated it and enjoyed it at the same time. Tessa is a master at creating steamy romances that make you swoon, smile, and fan yourself off.

This book had more angst and religion than I was expecting. I don't have issues with either of those elements being addressed in books, but I felt like it took away from some of my enjoyment of the book since I was anticipating a lighter plot. Other than that, I thought the book was fun and fast paced!

Overall, this was a quick and enjoyable read. I cannot wait to read more books in this series and more books by Tessa! I would recommend this book and series to anyone who is looking for a hot and steamy contemporary romance! 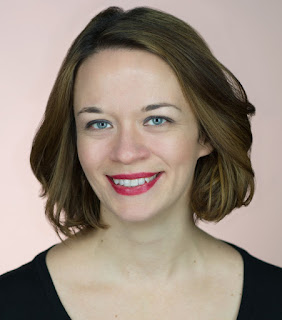