The Forgotten Girls by Sara Blaedel 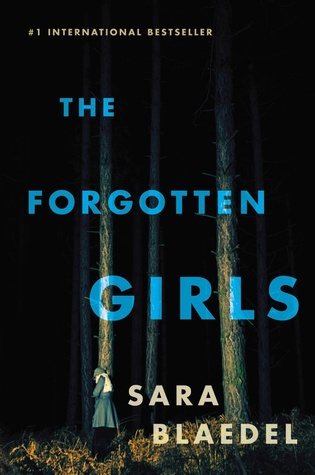 Sara Blaedel--Denmark's "Queen of Crime"--brings her #1 bestseller THE FORGOTTEN GIRLS to North America.


Four days later, Louise Rick still had no answers. The body of an unidentified woman was discovered in a local forest. A large, unique scar on one side of her face should have made the identification easy, but nobody has reported her missing. As the new commander of the Missing Persons Department, Louise risks involving the media by releasing a photo of the victim, hoping to find someone who knew her.Louise's gamble pays off: an older woman phones to say that she recognizes the woman as Lisemette, a child she once cared for in the state mental institution many years ago. Lisemette, like the other children in the institution, was abandoned by her family and branded a "forgotten girl." But Louise soon discovers something more disturbing: Lisemette had a twin, and both girls were issued death certificates more than thirty years ago. Aided by her friend journalist Camilla Lind, Louise finds that the investigation takes a surprising and unsettling turn when it brings her closer to her childhood home. And as she uncovers more crimes that were committed--and hidden--in the forest, she is forced to confront a terrible link to her own past that has been carefully concealed.

"there was a crime behind one out of five of the unsolved missing person reports."

The Forgotten Girls was my first book by Sara Blaedel. I knew it was a good one since one of my friends recommended it. (Thanks, Melissa!).

The novel starts with the discovery of a woman's body. The woman was found in the woods and she seemed to have fallen and died. It's up to detective Louise Rick to figure out her identity. This is not an easy task. At the beginning, no one comes forward but later on after a photo is released someone calls saying they recognized the woman. Years ago, she was a disabled girl left in an institution. The trouble with this information is that she had a twin and there is a death certificate for both of them.

During the investigation, another woman is found dead and raped in the same woods, and then a female runner goes missing too. Soon they are in the hunt for the man who is raping and killing women. The more they investigate, the more they uncover more female disappearances through the years. Time is running out before someone else is taken or killed.

I loved how flawed the main characters were.

First, we have Louise. She's dealing with past demons. Her boyfriend Klaus committed suicide over twenty years ago and she still hasn't recovered from it. Sometimes she deals with her stress by leaving her job and calling in sick. The author doesn't make her Wonder Woman and for that I'm thankful.

Then, we have her new partner Eik Nordstrøm. The first time we meet him, Louise picks him up from a bar and he's clearly hungover. He smokes too much. The upside to this, he's really good at his job which was shocking after his introduction.

One thing they both have in common is that neither wants to open up about their past and they're still very much damaged from it.

I liked the flow of the novel. I was taken through the motions in a perfect sequence. We get enough information in regards to Louise's past and also her friend Camilla. We're provided with bits and pieces of knowledge in regards to a gang of teenagers (now adults) Klaus used to hang out with. I do believe they are going to be relevant in the next book.

One of the scenes at the end caused me so much rage. I won't spoil it but I can say the author made me feel so powerless.