HE SEES HER IN A WAY SHE
COULD NEVER SEE HERSELF.

SHE HAS NEVER FELT MORE BEAUTIFUL THAN WHEN SHE WAS IN HIS ARMS.
Tempting Tempo (Standalone) by Michelle Mankin releases October 13th! 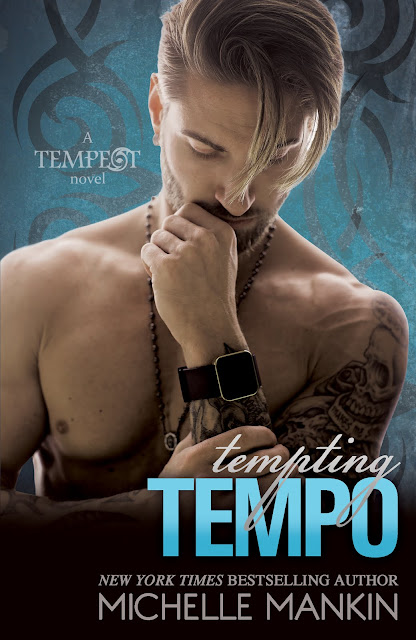 Sager Reed, the strong and silent bassist of the rock band Tempest, is well acquainted with loss. The thoughtful artist’s own tattoos only hint at his turbulent youth. He buries his guilt about it deeply within his troubled heart.
Melinda T. Belle, the daughter of a dysfunctional rock legend, as a rule avoids emotional entanglement. In fact, she has turned her back on nearly everyone and everything she has ever known. Now she is alone, trying desperately to find fulfillment in the one dream she has left, competitive skiing.
CAN SAGER OVERCOME HIS DARK PAST AND FINALLY BELIEVE THAT HE IS WORTHY OF HER LOVE?


WILL MELINDA REALIZE TOO LATE THAT HE IS THE ONE THAT REALLY MATTERS? 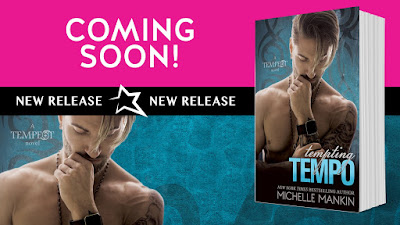 “Melinda, come back,” Sager called, his deep voice urgent. “Wait,” he insisted, his hands falling on my shoulders before I had a chance to press the elevator call button. He turned me toward him, the warmth and tenderness in his touch and his unique leather and cardamom scent bending me to his will.
My lids fluttered half closed remembering how good it had been in his bed. Those strong hands gliding over every inch of my naked skin. His confident caresses coaxing me, sometimes demanding me to respond. Knees weakening, my body swayed in ready servitude towards the sexy rock god who had everything I needed but nothing I could ever hope to keep.
“Come back to bed.” He gently stroked a tendril of my sapphire hair behind my ear. He melted my resolve with his warm regard and his earnest expression. My arms stiffened at my sides, a battle waging within me. My fingertips longed to retrace the contours of his sculpted body, but my feet only wanted to run away.
"I can't,” I pleaded, my stomach cinched. “I need to go. I have a race in a couple of hours."
"I heard you." His tone was tender, but I could feel the tension rising in it. “I listened very closely to everything you said.”
“It's late.” Three a.m. in fact. We had been together most of the night. I motioned with my chin toward the door to his hotel room that he had left propped open. “Let's forget tonight ever happened. Like I told you it doesn’t mean anything.” --a lie lie lie --no guy had ever made me feel like he did, even before I slept with him.
“Bullshit,” he decided, unwaveringly certain. “You might say you only slept with me to make Dizzy jealous, but I don’t believe that’s it. Don’t try to tell me you didn’t feel the same connection I did. It wasn’t him in that bed with you tonight. It was just you and me. And that’s the way it has to be from now on. I won’t share you with anyone else. You get me?” He gathered my hands and brought them to his chest. I could feel his heart racing. His thumbs lightly circled the delicate skin on the inside of my wrists. My pulse leapt to his touch. “Don't be afraid, Melinda,” he whispered.
“I'm not scared.” Another lie. I was terrified of the intensity of the emotions surging through me, emotions he seemed to effortlessly command.
“I think that you are. You bolted for the door as soon as things got intense.” His dark eyes delved piercingly deep. “You’ve got to know that no matter how angry I get I could never hurt you.”
“I know,” I whispered back.
“So stay then.”
“I can’t, Sager. I just can’t.” He wanted something real, but when he found out how messed up I really was, he wouldn’t want me anymore.


**Tempting Tempo is a standalone in the Tempest series but does contain characters and story lines from previous novels.** 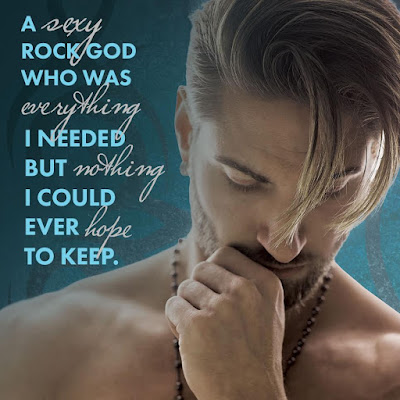 Michelle Mankin is the New York Times bestselling author of the Black Cat Records series of novels.
Rock Stars. Romance. Redemption.
Love Evolution, Love Revolution, and Love Resolution are a BRUTAL STRENGTH centered trilogy, combining the plot underpinnings of Shakespeare with the drama, excitement, and indisputable sexiness of the rock 'n roll industry.
Things take a bit of an edgier, once upon a time turn with the TEMPEST series. These pierced, tatted, and troubled Seattle rockers are young and on the cusp of making it big, but with serious obstacles to overcome that may prevent them from ever getting there.
Rock stars, myths, and legends collide with paranormal romance in a totally mesmerizing way in the MAGIC series.
Catch the perfect wave with irresistible surfers in the ROCK STARS, SURF AND SECOND CHANCES series.
Romance and self-discovery, the FINDING ME series is a Tempest spin off with a more experienced but familiar cast of characters.


When Michelle is not prowling the streets of her Texas town listening to her rock or NOLA funk music much too loud, she is putting her daydreams down on paper or traveling the world with her family and friends, sometimes for real, and sometimes just for pretend.