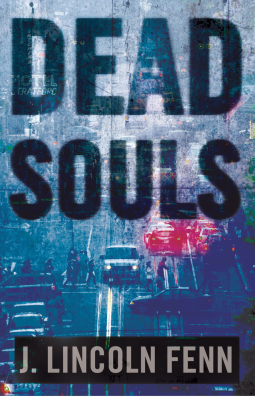 From the award-winning author of the acclaimed novel Poe comes an edgy and bone-chilling new novel.

When Fiona Dunn is approached in a bar by a man who claims he’s the devil, she figures it’s just some kind of postmodern-slash-ironic pickup line. But a few drinks in, he offers her a wish in exchange for her immortal soul, and in addition, Fiona must perform a special favor for him whenever the time comes. Fiona finds the entire matter so absurd that she agrees. Bad idea. Not only does Fiona soon discover that she really was talking to the devil incarnate, but she’s now been initiated into a bizarre support group of similar “dead souls”—those who have done the same thing as Fiona on a whim, and who must spend their waking hours in absolute terror of that favor eventually being called in...and what exactly is required from each of them in order to give the devil his due.

"The First Rule of marketing is desire."

I haven't read a horror book in a while. I wasn't sure what to expect with Dead Souls.

The first few chapters tell you the story of Fiona Dunn. Fiona is successful in her marketing career. She also has a boyfriend she cares for. One night after locking herself out of her apartment she decides to walk to her boyfriend's building. To her surprise, he's with another woman. They get into a taxi and leave together.

Fiona is devastated and what better way to drown her sorrows than with alcohol. She goes to a bar and soon after, a man strikes a conversation with her. He tells her his name is "Scratch" and that he really is the devil. By the end of the night, she has drunk too many Guinness and she has sold her soul in exchange for a new ability but this is not a freebie. She must also do a favor when called upon by him.

As the time passes, it's clear the "favors" are horrible actions with a devastating loss of lives. Some are worse than others. Fiona is running out of time unless she can find a way to do a double deal with the devil.

"Welcome to what?
"To the damned my dear."

Macabre is the only way I can describe this book. Some of the scenes were so graphic and horrifying. I felt bad for all those dead souls. They had no chance against what Scratch has devised for them.

I didn't care much for Fiona. I thought she was selfish, self-centered and uncaring. Yes, she said she loves Justin but she never really showed it. As a human, she was a bad one. Maybe that's why she was chosen.

Overall, Dead Souls had a few good cringing moments with a gruesome ending.