Days of New by Meg Collett


Below is all the pre-order information for the entire Days of New series as well as an ARC FREE FOR ALL! Want an advanced e-copy of the first book in the series? Well, keep scrolling!

ALL COVERS DESIGNED BY THE AMAZING NAJLA QAMBER DESIGNS!

SPEAKING OF THE DEVIL 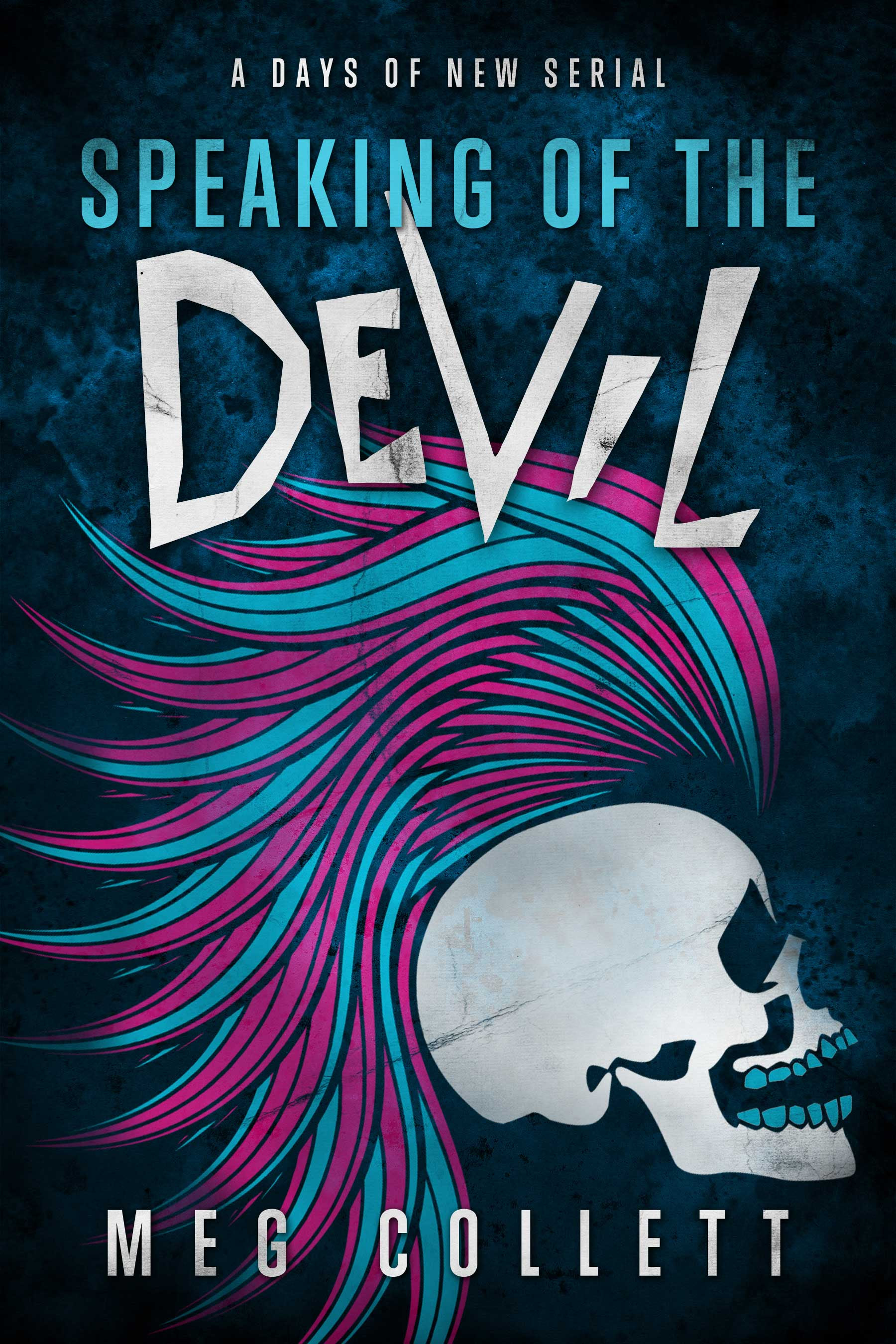 Set in the same world as the bestselling End of Days series comes the darkly comedic stand-alone serial spin-off, Days of New.

Clark St. James, self-professed man-candy with pink hair and duct-taped boots, didn’t ask to be the leader of the Nephilim clans or to have ancient angel magic contained in the unwanted tattoos on his arms. And most importantly, he didn’t ask for the holy angels to get their panties in a twist and ravage the earth during an angel civil war. Instead, Clark is making lemonade out of life’s lemons. With vodka. And a splash of whiskey just because. It’s up to the Descendants of Enoch—an order of humans meant to protect the holy angels while on Earth—and Clark’s Nephilim to set this destroyed world back on its axis. The angels in Heaven are busy repairing their city and rebuilding a new form of democracy. In Hell, everyone is adjusting to a new form of leadership after Clark killed Lucifer, prince of the fallen. Technically, it was an accident. But people keep forgetting that. Just when things were beginning to get boring, someone starts murdering Descendants in very…unique ways. Ways that incriminate Clark. But there’s always a calling card beside the bodies: a single burnt black feather. And Clark only knows one fallen angel that got crispy fried. Apparently Lucifer is back. And he’s pissed off.

Want an arc of speaking of the devil?

Just sign up for Meg Collett's Newsletter! Link here. Make sure you confirm the subscription, and you will get a free ARC! All ARCs will be emailed out in a timely manner. Files will be sent as mobis for Kindle devices. 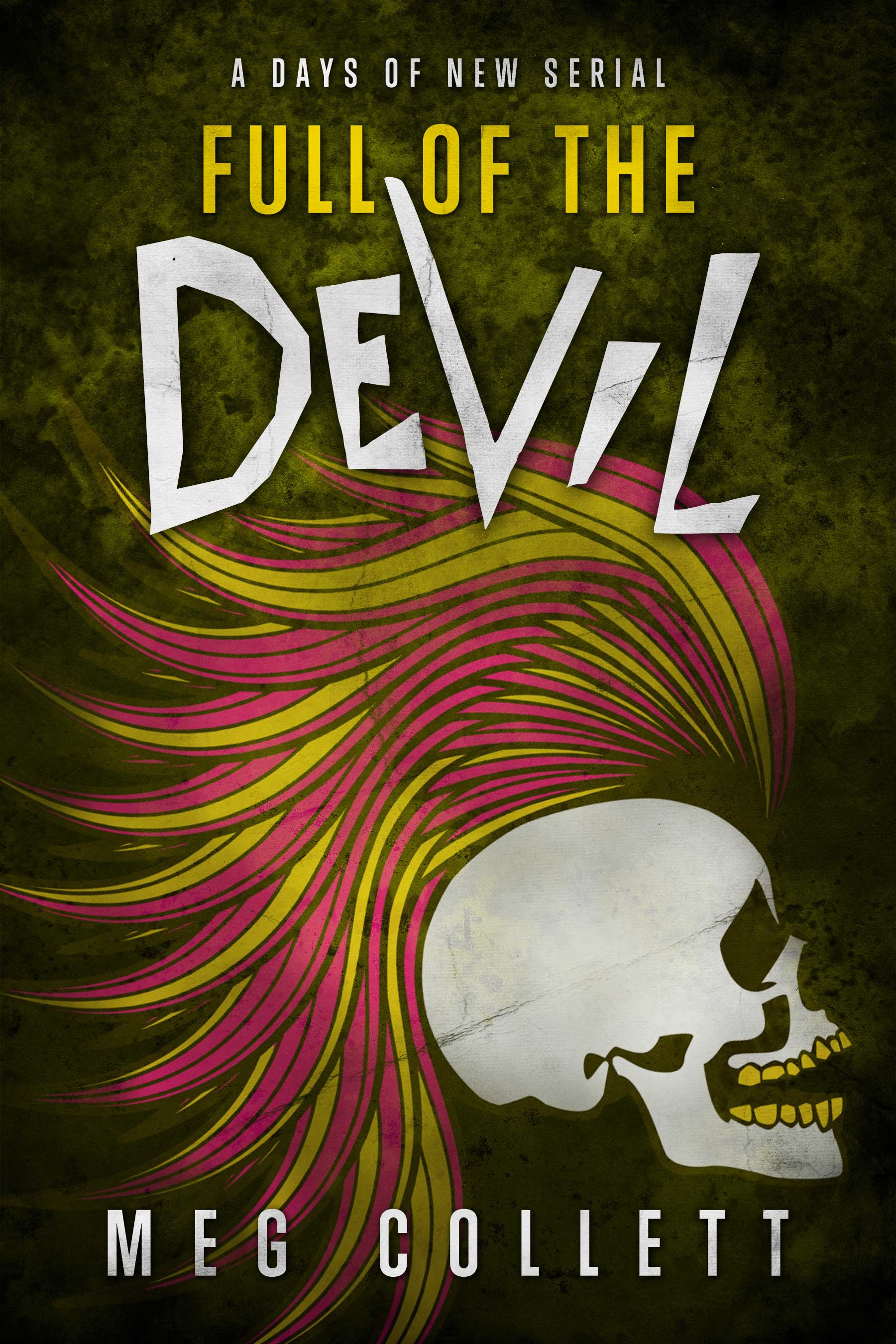 BETTER THE DEVIL YOU KNOW (Book 3) 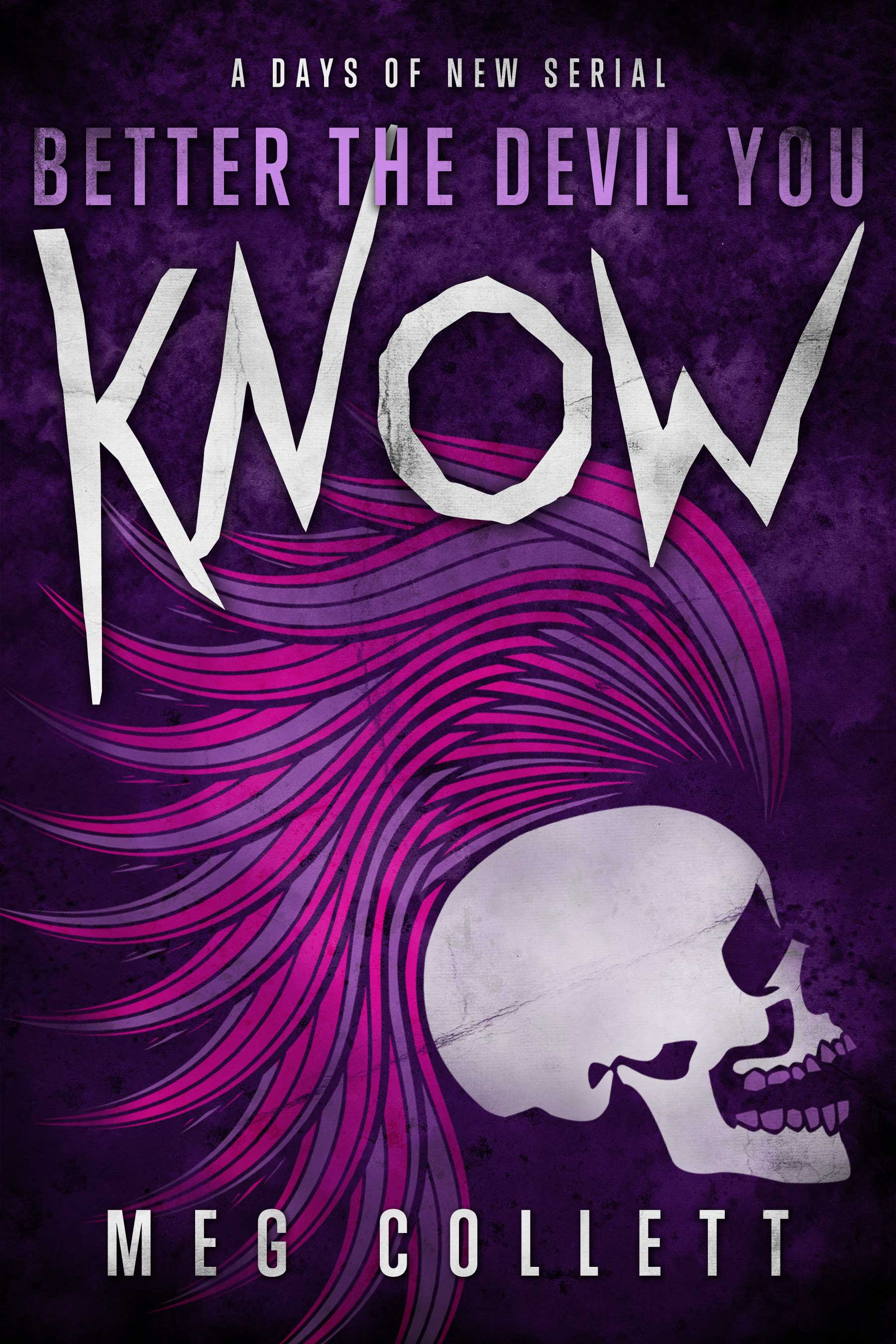 Devil in the Details (Book 4) 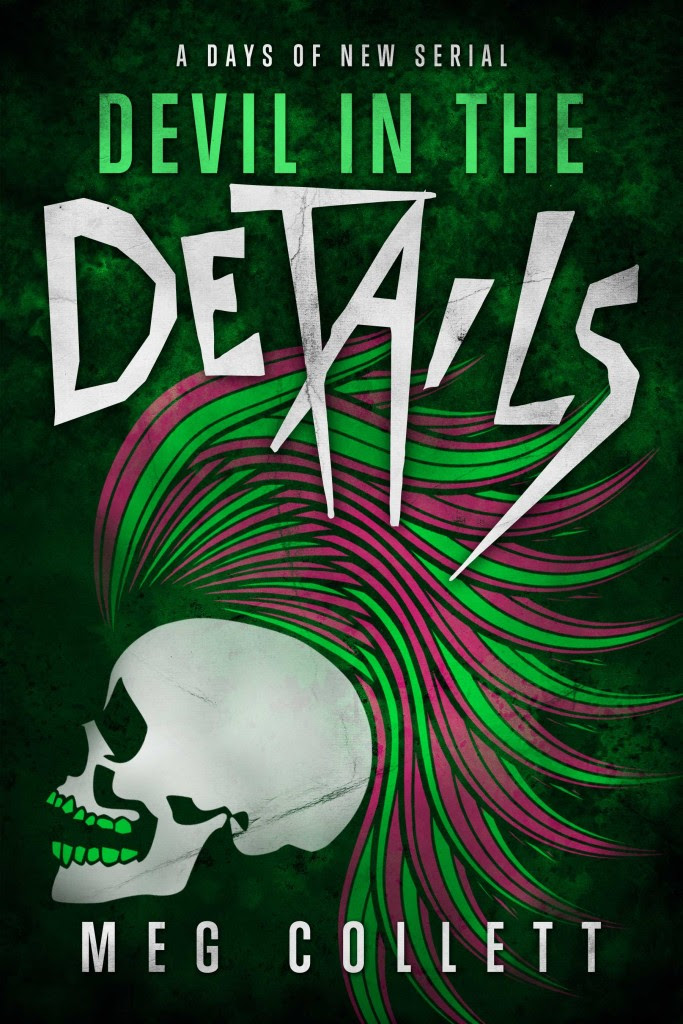 “Clark was human, Nephil, Descendant. He was good and bad. He was the dirty magic of evil angels. He was still the pink-haired kid who had fallen into a cave and found a broken angel. He was a reaper and a savior. A lost boy who just wanted his friends to stop dying.” Peace can be as deadly as war, and someone won’t survive. Get your tissues ready, Devil in the Details is available for pre-order now. Releases May 18th.

GIVE THE DEVIL HIS DUE (Book 5) 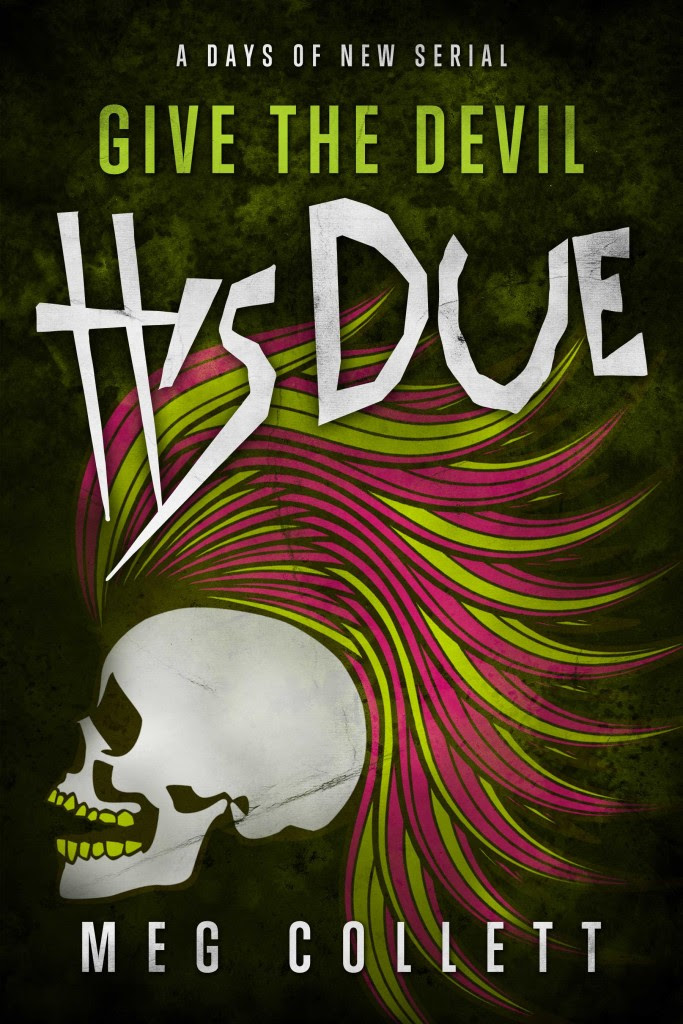 A girl who doesn’t believe in angels. A devil who doesn’t believe in himself. She has one week to save his soul or another war will break out, and no one will survive this one. Don’t miss the thrilling conclusion to the Days of New paranormal serial series, Give the Devil His Due. Available for pre-order now. Releases June 8th. 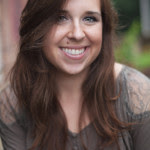 Meg Collett lives deep in the hills of Tennessee where the cell phone service is a blessing and the Internet is a myth of epic proportions. She is the mother of one giant horse named Elle and three dogs named Wylla, Drax the Destroyer, and Mandy. Her husband is a saint for putting up with her ragtag life.

Email ThisBlogThis!Share to TwitterShare to FacebookShare to Pinterest
Labels: Review Better the Devil You Know, Days of New, Devil in the Details, Full of the Devil, Give the Devil His Due, Meg Collett, Speaking of the Devil