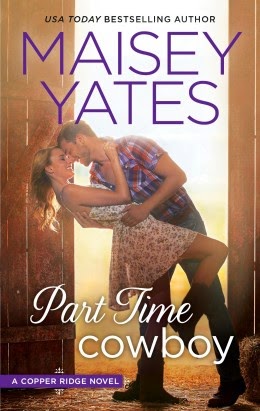 Sadie Miller is always on the run.  She’s moved from state to state never putting down roots.  She doesn’t do relationships or anything complicated.  After a decade of running she decides it’s time to go home to small town Copper Ridge.  She plans on opening a B&B and has signed a lease for 5 years; the longest she’s ever been in one place since she left years ago.

Driving into town she runs into Eli Garrett.  Eli owns and is part time cowboy on the ranch where she’s planning on opening her B&B.  He’s also the deputy that arrested her right before she took off.  From the second they see each other they can’t get along at all.

“I’m not a complete asshole.”

She shrugged.  “I don’t know, Eli, but whenever you’re around I get a tension headache.  Or I end up in handcuffs.  So, suffice it to say, I’m not entirely convinced that you aren’t a total asshole.  Sorry.”

After a while they realize that their annoyance with each other is a cover for something else they feel.  Will their own pasts keep them from exploring their intense connection?

“And then… and then he dipped his head, his lips crashing into hers.  And that’s what it was.  A collision.  It wasn’t nice, or fun, or easy.  It was gasoline on a lit match.  An instant conflagration that had gone from spark to out of control at the moment of contact.”

Okay guys this book is easily one of my favorites of 2015.  I enjoyed the banter between Eli and Sadie.  They were so funny and honestly had my laughing out loud the majority of the time.  I felt their connection from the beginning and couldn’t read fast enough.

Sadie was such a strong heroine.  She had absolutely no filter with her sexual innuendos and I loved it.  She wasn’t afraid to say what’s on her mind and she “kind of” brought Eli out of his protector/nurturer shell.

“I’ll grab your jugs for you.”

Heat assaulted him, “Yes.  What does that have to do with anything?”

“You seem to be operating on a frequency wherein sexual innuendo doesn’t exist.”

If you’re looking for a hot, fun, entertaining book about cowboys, small towns and feisty characters pick up PART TIME COWBOY.  You won’t be disappointed.

To say this book took me by surprise is an understatement. I thought from the blurb it would be a cute read, but I had no idea it would turn out to be one of the best books I've read this year.  It had everything that makes a book great for me.  Sadie and Garrett's story was the perfect mix of  sweet, sexy, undeniable chemistry and laugh-out-loud moments.

When things get tough, Sadie runs. And that's just what she did ten years ago, after being arrested.  She fled the small town of Copper Ridge and never looked back.  Since then, she's bounced around from place to place, never really feeling settled.

She finds herself back in Copper Ridge after ten years, looking to put down roots in the only place she really ever called home for an extended period of time.  She's signed a 5 year lease to run a bed and breakfast on the Garrett's property, which is a huge commitment for her.
The only problem, the younger Garrett brother, Eli has no idea about the deal his older brother worked out with Sadie.  So imagine his surprise when she shows up in town.  She was his first . . . arrest.

"You never forget the first woman you put in handcuffs."

Eli is the Deputy Sheriff of Copper Ridge and he's in the midst of planning his campaign for Sheriff.  He is the epitome of control. He likes everything to be in order and it makes him come off as uptight and stiff.  The complete opposite of Sadie.

Let me tell you, these two together were hilarious! Their "arguments" were laced with innuendos and their banter was perfect.  They were so good at pushing each other's buttons and building up the sexual tension. It was a lot of fun to watch.  I haven't laughed that hard reading a book in a long time.

"So how did you sleep?" he asked. "Real answer this time."

"So you woke up every few hours crying?"

"Meh," she said, taking a sip of her coffee.

"Or maybe just . . . wet and aching and wishing it was my hand between your legs instead of your own."

But, it wasn't all laughter.  These characters really had depth and such tender and unexpected moments between them.  What started off as just sex, morphed into so much more for both of them.  Eli was such a bad-ass and even though he isn't a cat person, he totally melted my heart when he offers to give Toby his own room.

"I'm sorry, are you ordering me around? Do you honestly think I'm going to obey like a lapdog? I, sir, am a cat person, and I'll probably just bite your hand."

I really liked all of the secondary characters in this book too. I'm super excited that Connor and Kate will be getting their own books, but I hope Lydia's gets a book too.  Her friendship towards Sadie was so unexpected and it makes me think she would be a kick-ass heroine.  I also want to know what happens with Alison.  There was no real closure for her story line.  I HIGHLY recommend this book.


*Complimentary copy provided by the publisher in exchange for an honest review.*

Sadie Miller is coming back to her hometown of Copper Ridge. After moving away for ten years, she is finally ready to develop some roots. She has moved around many times. She is a crisis counselor but is giving it up to open up a B&B at the Garrett property. The last thing she expected was to be confronted with the deputy sheriff that arrested her ten years ago as soon as she crosses into town. 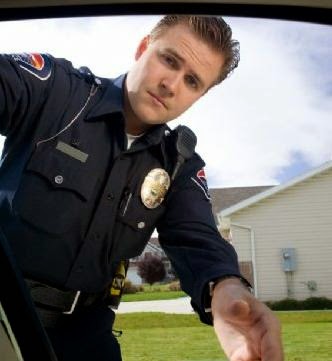 “I am not a criminal. I am a licensed therapist in eight...no, nine states.”

It doesn’t help that this sexy cop also works at the ranch as a part time cowboy.

Eli Garrett has a plan. He is running for sheriff and he likes everything in order. He likes having control. Spreadsheets are part of his life. Sadie doesn’t fit into it. She is a mess and she has a cat, Toby and he’s not a cat person.  He isn’t interested in starting a relationship with someone who’s used to running. Now, only if his body and heart could be on the same page.

This story had great banter and great chemistry. It had me laughing many times.  These two characters showed you how opposites can attract. Sadie was all sassiness and Eli was all alpha male.

“Because sex is never harmless when it’s this complicated. It’s like setting fire in a barn instead of a fireplace.”

The scene where Sadie places her shoes on Eli’s kitchen counter and Eli almost has a stroke, made me laugh (I can relate). Also Eli’s acceptance of Toby even though he was not crazy about cats made me love him even more.

One thing missing is an epilogue. I wanted one so bad.


A complimentary copy was provided by the publisher via NetGalley in exchange for an honest review.
Posted by MrsAlcide at 5:21 PM