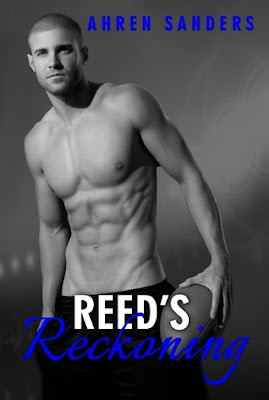 Arianna 'Ari' Williams thought she experienced the depths of true love until the man of her dreams dismissed her with no explanation. Heartbroken and humiliated, she found herself changing the course of her life and picking up the pieces of her shattered heart. Now four years later, she has a successful career, amazing friends, and a young son with crystal blue eyes that reminds her every day of the love she imagined. Emotionally she has moved on but the wounds never healed.

Reed Matthews has it all. Playing professional football was his always his dream. Being one of the most successful wide receivers in the league comes with money, fame, and all the women he wants. Even with all his wishes coming true, he never stops thinking of the one woman that owned his soul four years ago.

A chance encounter brings Reed to the realization that Ari Williams not only hid a life changing secret from him, but also things weren't as they seemed all those years ago. He's determined to get her back and build their lives together.

When the truth behind their deception is revealed- friendships are tested, families are torn apart, and the one person behind it all is relentless.

Can Reed protect those he loves and build the future he dreamed of?

Reed Matthews is a famous professional football player. He could have everything he wants but he feels like the one thing he wanted the most is lacking in his life. Reed fell in love with Ari during college, he made plans with her and when she broke his heart he was left with an empty space.


Now, four years later when he sees her again and the son she has, he's determined to win both back.

Arianna "Ari" Williams was destroyed when Reed left her behind but she had to move on. Her baby needed her and nothing could change that. Her friends have always been there for her and so has her grandmother. Seeing Reed again has made all her dormant feelings rise again. She agrees for him to be in her life but not in her heart.
Too bad she didn't count on "Operation Matthews".

The book started a little slow for me but after a few chapters I was hooked on the story.
Reed was 100% sure of what he wanted and no one was going to stop him. Multiple times he made it clear to friends, family, acquaintances that Ari was the one and if they didn't approve of her then he was done with them. I love how sweet he was to her and Davis.

“I know guys; this is the craziest shit in my life. But you can’t imagine how it feels. I did my first fatherly function yesterday at the daycare with Davis. The kids were rambunctious, the cookies were stale, but it was the best time of my life. He made me a mug with his handprint, and to me, it’s a treasure of art. Now Ari, she’s another story. Having her back makes my life complete.”

It was easy to love Ari. She was sweet, a good friend and loved her son with all her heart. Reed made her lose all her insecurities. He showed her time and again how dedicated he was to them.
I really like the secondary characters Luke and Jack and I hope each gets a book too.

“I was put on this earth to love you and you finally gave yourself back to me.”

Ahren spent her formative years living in an active volcano. There her family made collectible lava art. She studied rock collecting at the Sorbonne in France. There she met the love of her life-her pet pig Sybil. She returned to the states and started writing. She is happily married to a guy who used to live under a bridge and she met while pole-dancing. They have one amazing daughter.

Now, meet the real me. I grew up in the south and consider myself a true “Southerner”.Most of the special locations mentioned in my books are reflections of my favorite places. Living on the Florida coast, my family spends a lot time at the beach which is where I usually can be found with a book in my hand.I started writing my Surrender Series, in the spring of 2013 and have received incredible support from the Indie community.Throughout this year, I have been privileged to meet some amazing people that I am thankful to have in my life.