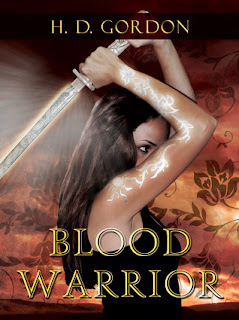 Alexa Montgomery is not your regular girl next door. No, she has been raised as a fighter. Her mom trains her everyday, while her baby sister watches. She gets hit multiple times and more than once has she had a black eye. School is a nightmare, everyone avoids her. She thinks her mom is paranoid, because she is always looking back and moving the girls to different cities.
Everything changes when they are attacked by female vampires. Her mother has told her to protect her sister Nelliana at all cost. They have to run for their lives. They are not alone, her only friend Jackson comes with them.
Alexa learns that her sister is a type of supernatural and Jackson is a werewolf. She also learns that she is a Warrior, probably the last of them.
The three of them end up at a school for their kind. Here, Alexa meets Kayden, a vampire (I just learned that the writer thinks he looks like Charlie Hunnam), who is a warrior in his own way.
The chemistry is there and the action grabs you from the beginning. Definitely worth it.
4/5 Fangs