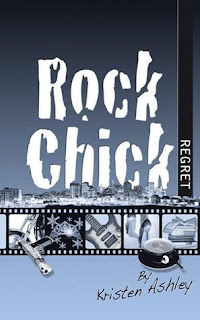 Sadie Townsend has been known as The Ice Princess. She has grown up detached from the world or she wants people to think so.  Her father is a drug lord and he finally gets caught by Hector Chavez, who was under cover. He had a moment with Sadie but let it go and was waiting for her to come back to him. He waited too long.  After her father goes to prison, other bad people want to take over Sadie's life.
The first couple of chapters are gut wrenching. If they don't make you cry I don't know what will.
It is a much darker book. Feels more like Colorado or Dream man series.
I love the book though.
Hector was strong but at the same time he was so sweet.


“This is a –” he started but stopped when my hand whipped out and I snatched it from him.
“It’s a stun gun!” I cried, so excited I was being nearly as loud as his family. “Veronica Mars has one of these!”
I lifted happy eyes to him and saw he was grinning. “Yeah, mamita, but be careful with that.”
“Is it for me?” I trilled happily.
His hand went to the side of my neck and slid up, fingers in my hair, thumb at my hairline.
“Yeah. Keep it in your purse where you can get to it. It’s got fresh batteries. You turn it on, touch the prongs to your target, a one-second touch causes an incapacitating jolt, three seconds it’ll take someone down.”
I lifted the stun gun between us, stared at it in awe and murmured, “Aces.”
I came out of my stun gun euphoria when I heard his soft laughter and my eyes went to him.
“What’s funny?” I asked.
His fingers wrapped around my wrist, pulled the stun gun from between us and he closed in, his other hand sliding to the back of my head.
“You don’t know, mamita, it’ll be more fun to watch you figure it out.” While Hector looked down at me and I stared up at him silent, Ralphie decided to speak.

“Sadie, what’s the matter with you? Hispanic Hottie has been out with his posse of cute boys, warning off the bad guys for weeks and now he’s in here and you have your chance to say thank you and you’re silent as a ghost,” Ralphie snapped.
“Ralphie –” Buddy said warningly.
Hector moved to my side. Close to my side and he looked down at me.
“Hispanic Hottie?” he asked, brows raised and lips still struggling to hold back a grin.
Oh my God. I wanted to die. Go live with the doves and the angels and leave this world forever.
Instead, my eyes sliced to Ralphie and they narrowed. Ralphie ignored my narrowed eyes.
“I know!” Ralphie exclaimed. “We’ll have a drink and all watch Veronica Mars. I think in the next episode she gets roughed up in a pool hall. Anyone would need a drink while watching that.”
5/5 Fangs
Posted by MrsLeif at 7:43 PM