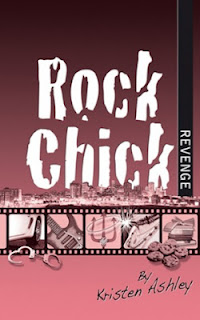 Ava Barlow is determined to help her best friend Sissy. To do this she risks seeing her teenager crush Luke Stark. She goes to the Nightingale office but when she walks in she immediately regrets it and tries to escape. She is unable to leave because some of the hot bunch guys are preventing her from leaving and then Luke himself is there, bigger than life.
Luke just takes one look at Ava and knows he is not letting her go. He just needs to know why she has not been in his life for so many years.
Ava has loved Luke since she was eight, but as an overweight teenager she thought it would be impossible to be together. After listening to some hurtful comments she decided to distance herself from Luke. Now, she has lost the weight and looks really good but has some self confidence issues at times. She also has Good Ava and Bad Ava helping her with decisions and some bad guys after her. She is getting a lot of attention from four guys which is a shock to her because she has never had this kind of attention before.
Of course this wouldn't be a Rock Chick book without some kidnapping, violence and hotness. The Bad Boy Brigade is helping Luke protect Ava from the bad guys or going Gonzo in the process.
I love Luke, he had many cameos in other books and always made me smile.
A plus of the book - we meet Ren- Rock Chick 8 guy.

He ignored me. “I never expected I’d want you in my bed but I always knew I wanted you in my life. The fuckin’ second you looked at my mouth in the office, though, I knew I would stop at nothin’ to get you in my bed. And I thought then too that for the first time in my life I might do somethin’ both my Dad and I would be proud of, and that’s bein’ with you.”
My throat went so tight, the breath I sucked in sounded ragged.He didn’t just say that. Did he?


“Get this into your head Ava, I’m not gonna do anything to fuck it up between us but I’m also not gonna let you do anything to fuck it up either.”
“Luke, I have to get out of here,” I said in a quiet voice and it sounded like a desperate plea mainly because it was one.
“I told you once, you’re not goin’ anywhere. And now I’ll tell you the rest too.”
Oh shit.
There was more. I didn’t want to know the rest.
Unfortunately, Luke was on a roll. “This is the way it is for us right now. I know you fixed this place up but I’m not givin’ up the loft so we’re gonna have to work somethin’ out about where we live, eat, sleep and fuck. We last, you’re gonna have to give up the Range Rover, they’re dangerous because they roll easy and I don’t like you drivin’ it. We go the distance, we’re havin’ a small wedding, I’m not fuckin’ dancin’ and I want three kids, all boys, but if we have a girl she’s not datin’ until she’s twenty-five, especially if she looks like you, got me?"