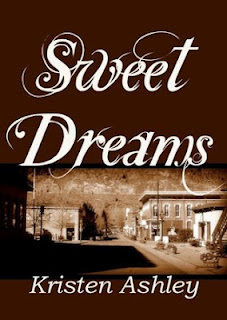 Lauren Grahame left her old life. She quit her job and moved to a place where no one knows her and a town where nothing is special, Carnal.  Moving away is her only choice to find herself again after her ex husband cheated on her with her best friend for five years. She thought her life was going to be special but learned that there is no such thing. She is also a little overweight but has started swimming too.  She applies for a job as a waitress in a local biker bar. At first, one of the owners doesn't want to hire her because she looks too classy.
Once she meets the other boss, she is fuming after some nasty comments Tate says. She is ready to avoid him, hate him, kill him with indifference.
Tatum Jackson is part owner of the bar and bounty hunter. When a serial killer is loose in his town, he decides to take the case. The last thing he needs is a distraction. Just before he meets Lauren he has stopped a relationship with his ex girlfriend. He does says some nasty comments that Lauren overheard, but apologizes to her. He knows he wants her for himself. Lauren finds herself in between biker boys at some point just because she doesn't understand biker lingo. Tate knows he has to keep his town and Lauren safe.
Love this book, a pleasure to read. Hate Tate at first, love him to pieces by the end. Some parts are LOL pages.

“I don’t know!” I hissed back. “Tate went out of town and he took me for a ride on his bike and he kissed me before he left. But he didn’t tell me he was going. He just said he wanted me on the back of his bike when he got back. But then he was gone. For a month. He didn’t call. Nothing. He just vanished. Then I got my car from Wood and he said he’d seen me on Tate’s bike and he didn’t want to tell me what he had to tell me because he wanted me to be on the back of his bike but then he told me Tate was with Neeta, Wood’s sister, and she’s married.”


“The back of his bike?” she asked, looking confused.


I shook my head. “I don’t know, I don’t get it. I think it’s biker slang for they want a date or something.”


“What did Tate say about what Wood said?”
This was the tricky part therefore I mumbled, “Um…”
“What?” she asked.
“I didn’t ask him,” I admitted. “When he got back…” I moved even closer, “Carrie, when he got back I think he came straight to me, straight to the bar, he grabbed my hand and pulled me into the hall and kissed me and told me he didn’t find Tonia’s killer but it was good to be home then I threw the whole Neeta thing in his face, he got pissed, said some nasty stuff and stormed off.”
Posted by MrsLeif at 5:05 PM