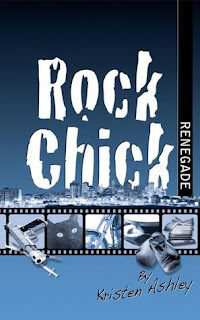 Juliet Lawler (Jules) is a social worker. She works with runaway kids. Four months ago she became a vigilante against drug dealers after one of her kids overdosed. Her street name is Law. When her path's collide with Vance Crowe, she gets the help of all the Hot Bunch which includes their protection.
Jules lives with her uncle Nick. He's her only family. Her parents and brother died when she was younger in a car accident. Her aunt Reba died as well when she was fifteen. She doesn't date. She has a cat named Boo. She cares very much for two of her street kids, Roam and Sniff.

Vance Crowe is a ladies man. But once he meets Jules, they are history.  He comes from a very sad background. Grew up with an abusive father. He can't tolerate violence against women. He makes it known that Jules is his now.

I loved them together. Again all the secondary characters make this a great funny (except for one sad part), fast paced book.
5/5 Fangs


“Outside my bike, never has anything important in my life been just mine.”


“Find yourself a woman who can cook and doesn’t mind you ordering her around al the time, being bossy and dictatorial and macho and hyper-intense and actually likes it when you get all … whatever… and make her belly flutter.” After I said that, my mouth snapped shut.


I’d gotten carried away and went too far.


Instead I said, somewhat wistfully, “I’m gonna miss the street.”


“You left it in good hands.” Vance’s lips weren’t smiling but his eyes were.


“How’s that?” I asked.
“Jack told me a dealer’s entire car was shrink-wrapped the other night.”
I felt my eyes widen. “What?”
“Tex shrink-wrapped a dealer’s BMW. Wrapped the whole thing in plastic wrap and then used a portable blow drier on it to tighten the plastic. Word has it, it was several layers deep.”