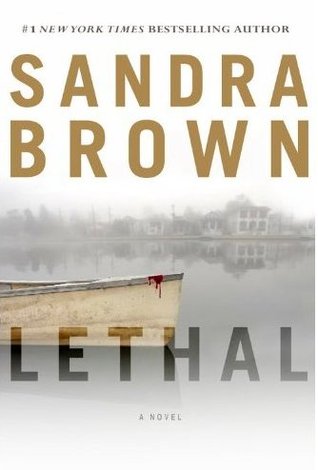 When her four year old daughter informs her a sick man is in their yard, Honor Gillette rushes out to help him. But that "sick" man turns out to be Lee Coburn, the man accused of murdering seven people the night before. Dangerous, desperate, and armed, he promises Honor that she and her daughter won't be hurt as long as she does everything he asks. She has no choice but to accept him at his word.

But Honor soon discovers that even those close to her can't be trusted. Coburn claims that her beloved late husband possessed something extremely valuable that places Honor and her daughter in grave danger. Coburn is there to retrieve it -- at any cost. From FBI offices in Washington, D.C., to a rundown shrimp boat in coastal Louisiana, Coburn and Honor run for their lives from the very people sworn to protect them, and unravel a web of corruption and depravity that threatens not only them, but the fabric of our society.

Lethal has a great beginning!

Honor Gilette is baking when her daughter Emily tells her a man is hurt. Honor runs to the rescue. To her shock, he's brandishing a gun and telling Honor that he won't hurt them but he needs information. Honor fears for her daughter's life and she goes along with whatever this man wants in order to keep Emily safe. She recognizes the man as Lee Coburn, a man responsible for the mass murder of seven people the night before. The police are looking for him but instead of disappearing, he's at her front door bringing doubts in regards to her dead husband's integrity. Honor won't believe he was a dirty cop and she would do anything to prove it, including trusting Lee to uncover the truth.

Lee Coburn is deadly and he will stop at nothing until he finds what he's looking for. He knows he can't trust anyone and he's not inclined to do so until he meets Honor and her daughter. Little by little, they both make him want something he never thought he wanted or needed. When their lives are in danger, he knows he has to act to save them. He doesn't know if he's going to survive it but he sure is going to try to keep them alive.

I love Honor, Lee, and Emily. Emily with her innocence and sweetness made the big scary guy melt and reading it, put a smile on my face. Honor had a backbone and she was tough when she needed to be. She also supported Lee when she figured out he was telling her the truth. What about tall, dark and deadly? He was confident, resourceful and above all.. lethal.

I love romantic suspense and Lethal is a perfect example of this genre. We had plenty of crooked individuals to go around. Honor and Lee couldn't trust anyone except each other. I hated the Bookkeeper as well as the twins. They couldn't care less about hurting people. I was wishing them the worst. They were evil with a capital E.

Now, the end....what should I say? I wanted more. I just needed one more scene between Honor and Lee.