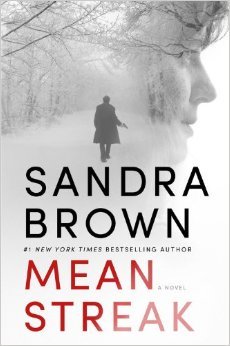 From #1 New York Times best-selling author Sandra Brown comes a heart-pounding story of survival, that takes the age-old question, "Does the end justify the means?" and turns it on its head.

Dr. Emory Charbonneau, a pediatrician and marathon runner, disappears on a mountain road in North Carolina. By the time her husband Jeff, miffed over a recent argument, reports her missing, the trail has grown cold. Literally. Fog and ice encapsulate the mountainous wilderness and paralyze the search for her.

While police suspect Jeff of "instant divorce," Emory, suffering from an unexplained head injury, regains consciousness and finds herself the captive of a man whose violent past is so dark that he won't even tell her his name. She's determined to escape him, and willing to take any risks necessary to survive.

Unexpectedly, however, the two have a dangerous encounter with people who adhere to a code of justice all their own. At the center of the dispute is a desperate young woman whom Emory can't turn her back on, even if it means breaking the law. Wrong becomes right at the hands of the man who strikes fear, but also sparks passion.

As her husband's deception is revealed, and the FBI closes in on her captor, Emory begins to wonder if the man with no name is, in fact, her rescuer from those who wish her dead - and from heartbreak.


Combining the nail-biting suspense and potent storytelling that has made Sandra Brown one of the world's best loved authors, MEAN STREAK is a wildly compelling novel about love, deceit, and the choices we must make in order to survive.

Continuing with my addiction to Sandra Brown's writing, I had to pick up this book after finishing reading Friction. Mean Streak has a great plot with plenty of twists to make a suspense lover giddy with happiness.

Dr. Emory Charbonneau is training on a mountain trail for her upcoming marathon run. She's well-known in the area. Her partners at her office respect her and her patients love her. On the other hand, her home life is not so great. She's having marital problems just before she goes missing. Detectives Grange and Knight are suspicious of her husband Jeff and they are set on trying to prove it.

In the meantime, Emory wakes up in a cabin with a concussion in the presence of a stranger. At first, she's terrified of him but when he doesn't attack her or do anything worse, she starts relaxing in his presence. He's a man of a few words. He makes her reveal parts of herself while he hides everything from her, including his name. She can't avoid noticing how handsome he is and to her dismay, she's attracted to him. The more time she's forced to spend with him, the more she wants to get to know him. It doesn't help that she's unable to leave due to heavy fog and snow. From here on, the narrative only gets better. This reader was entertained and engrossed in the story. I won't say more to avoid spoiling it for you.

As with other books by Sandra Brown, I had fun reading Mean Streak. The main characters, as well as the side characters, were all well- developed. It was easy to like some of them and easy to hate a few. The twists and the side plotlines were the icing on the cake.

Next for me is Envy.