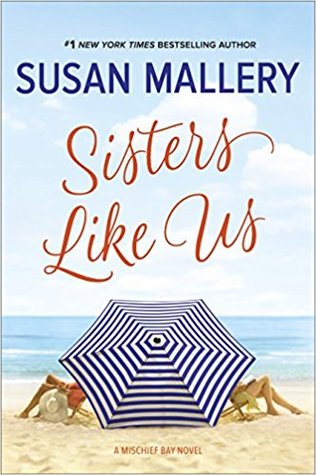 Divorce left Harper Szymanski with a name no one can spell, a house she can’t afford and a teenage daughter who’s pulling away. With her fledgeling virtual-assistant business, she’s scrambling to maintain her overbearing mother’s ridiculous Susie Homemaker standards and still pay the bills, thanks to clients like Lucas, the annoying playboy cop who claims he hangs around for Harper’s fresh-baked cookies.

Spending half her life in school hasn’t prepared Dr. Stacey Bloom for her most daunting challenge—motherhood. She didn’t inherit the nurturing gene like Harper and is in deep denial that a baby is coming. Worse, her mother will be horrified to learn that Stacey’s husband plans to be a stay-at-home dad…assuming Stacey can first find the courage to tell Mom she’s already six months pregnant.


Separately they may be a mess, but together Harper and Stacey can survive anything—their indomitable mother, overwhelming maternity stores and ex’s weddings. Sisters Like Us is a delightful look at sisters, mothers and daughters in today’s fast-paced world, told with Susan Mallery’s trademark warmth and humor.

Sisters Like Us is another great story by Susan Mallery. I had no idea this was the fourth novel in this series when I requested it but I don't think you need to read the rest first to truly enjoy it. I certainly did.

The story relates the tribulations of two sisters and their families during a time when they are both going through big changes in their lives.

Harper Szymanski was brought up to become the perfect housewife. Sadly, she's now divorced and her ex-husband is dating someone younger. She's having problems with her teenage daughter who's rebellious and selfish at times. She's also struggling with her monthly bills and her job as a virtual assistant. Over the years, she has developed a clientele including Lucas, a cop who got hurt in the line of duty and who needed someone to organize his life afterward. Harper loves to do things from scratch. She's a great cook and great at her job as an assistant but her relationship with her daughter is suffering and she's not dedicating enough time to her job either. She feels overwhelmed.

Stacey Bloom is a research scientist. She's very smart and she's also very pregnant. She hasn't told her mother she's six months pregnant and the longer she waits to tell her, the harder it is. You see, Stacey has never wanted to be a mother but she loves her husband and they are at the right time in their lives to start a family. Her husband adores her and supports her. He's also going to be taking care of their baby once he's born while she goes back to work. Yet, she dreads telling her mother she's pregnant since her mother believes her to be a failure. She's nothing like Harper. Being a housewife was never her goal. But her mother, Bunny is old school and under her hypercritical eyes, neither daughter became what she wanted them to be.

Sisters Like Us had more of a women's fiction vibe than a romance. I still very much appreciate the romance in it. Lucas was great until I wanted to punch him but regardless, he was there for Harper in so many different ways. He was also there for Harper's daughter. Stacey's husband was adorable and just perfect for her. I love the humor in this novel. So many great quotes. Some of them had me laughing out loud. I love seeing the growth of the female characters too. Harper's daughter learned to think about more than herself and started helping Harper more. I never warmed up to Bunny. She was mean to her daughters and her archaic thoughts rubbed me the wrong way.

I want to go back and read the rest of the books in this series. I know I'll enjoy them.

"OMG, you want to have sex with me."
Yes, there were complications, yes, this could be a huge mistake, but honestly, who cared? She grabbed his hand and started for her bedroom, only to come to a stop and spin toward him.
"I don't have condoms."
"I do."
"I haven't washed the sheets in three days."
"Shocking but I'll recover."
She bit her lower lip. "I'm not sure I remember how."
One corner of his mouth turned up. "I'm happy to reacquaint you with everything you need to know."

A complimentary copy was provided by the publisher via Netgalley in exchange for an honest review.
Posted by MrsLeif at 7:30 PM