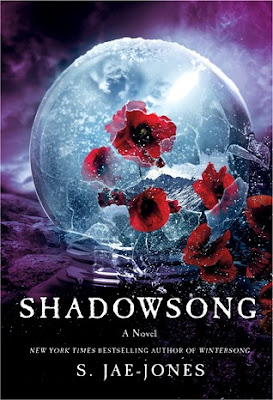 Six months after the end of Wintersong, Liesl is working toward furthering both her brother’s and her own musical careers. Although she is determined to look forward and not behind, life in the world above is not as easy as Liesl had hoped. Her younger brother Josef is cold, distant, and withdrawn, while Liesl can’t forget the austere young man she left beneath the earth, and the music he inspired in her. When troubling signs arise that the barrier between worlds is crumbling, Liesl must return to the Underground to unravel the mystery of life, death, and the Goblin King—who he was, who he is, and who he will be. What will it take to break the old laws once and for all? What is the true meaning of sacrifice when the fate of the world—or the ones Liesl loves—is in her hands?

Wintersong is one of my favorite books of all time, so to say I was excited to read Shadowsong is a bit of an understatement. That is why it hurts my heart to say that this book was a disappointment. There were things that I did enjoy in this story, but overall, it was a letdown.In the beginning of the book, the author included a trigger warning for things like suicidal thoughts, addiction, self-harm, and bipolar disorder. These issues are very important topics that should be discussed more frequently. I was proud of the author for including these tough topics in her novel and being so open and brave about it. It was clear that the author intertwined her own experiences into these topics, which made the topics feel so real and raw. This book wasn't about sunshines and rainbows, which was oddly refreshing. Liesl went through a lot in the first book of this series, and we got to see her deal with the after-effects in this book. Liesl was clearly in a dark place throughout this story and as much as it hurt my heart, I felt like that was a very important element of the story. I liked the darker and more melancholy turn this book took, but the plot was very slow moving and at times it didn't even feel like there was a plot? Most of the time I felt like the characters were just doing mundane tasks and were talking in circles. There were interesting elements presented, but I felt like those ideas never developed to their full potential. The end of the book seemed to have the most plot development, which was exciting, but I couldn't help but feel like the resolution was rushed. My biggest issue with this book was the lack of one of my favorite characters, the Goblin King. The Goblin King was such an intriguing and mysterious character. I was really hoping to learn more about him and see him develop more. However, he was BARELY in the book. It was disappointing to feel like his character was just written out of this series. He had a few moments in this book and they were so short! Anytime he would appear, I would get so excited, but he would disappear five seconds later.

Due to the lack of the Goblin King in the book, his relationship with Liesl hardly had any development. I was anticipating some more delicious and agonizingly slow burning moments between the Goblin King and Liesl in this book, but I got nothing. Their relationship in the first book was so enchanting and mesmerizing, but it felt so dull in comparison in this novel. It felt like they didn't even have a relationship in this book. I didn't need romance to be the focus of this book, but after building up their relationship, it was a let down to not have it be very prominent in this story.

Overall, Shadowsong just was not what I was expecting or hoping for. The author's writing was just as beautiful and enchanting as ever in this novel and I appreciated the darker topics that were presented in this novel. However, there were just too many things that happened that I didn't like, which made this a less enjoyable read.