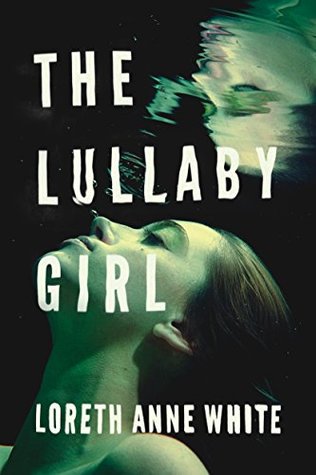 Detective Angie Pallorino took down a serial killer permanently and, according to her superiors, with excessive force. Benched on a desk assignment for twelve months, Angie struggles to maintain her sense of identity—if she’s not a detective, who is she? Then a decades-old cold case washes ashore, pulling her into an investigation she recognizes as deeply personal.

Angie’s lover and partner, James Maddocks, sees it, too. But spearheading an ongoing probe into a sex-trafficking ring and keeping Angie’s increasing obsession with her case in check is taking its toll. However, as startling connections between the parallel investigations emerge, Maddocks realizes he has more than Angie’s emotional state to worry about.

Driven and desperate to solve her case, Angie goes rogue, risking her relationship, career, and very life in pursuit of answers. She’ll learn that some truths are too painful to bear, and some sacrifices include collateral damage.

But Angie Pallorino won’t let it go. She can’t. It’s not in her blood.

"Sometimes we think we're keeping secrets"
"But really those secrets are keeping us."

Loreth Anne White has become one of my favorite suspense writers. Her stories are always interesting, emotional, dark and the suspense keeps me on my toes.

I was ecstatic when I learned The Drowned Girls was becoming a series. Angie Pallorino is an amazing flawed character that needed more page time.

As we know (if you read the first book) Angie is in trouble at work. Her career as a detective is on the line. When she killed the serial killer known as the Baptist, she used too much force. An overkill, they say. In my opinion, the guy deserved to die and sometimes one bullet is not enough. Anyway, Angie's job is on thin air and a demotion is in the works.

As a reader, I was upset with Angie's demotion and the investigation against her. She catches a killer who was not going to stop and instead of getting a promotion, the opposite happens. Furthermore, her love interest, James Maddox takes over the investigation into the sex slave trafficking ring (which should have been Angie's). Worse, he joins an international task force while Angie's life keeps on spiraling out of control.

Angie Pallorino is not someone who can stay at a desk job. She craves the adrenaline. To keep herself from going crazy, she starts her own investigation into the cold case of the baby left at a church in 1986.  However, the closer she comes to the truth, the more dangerous it becomes. Her life is on the line.

I wasn't happy with some of the decisions Angie was taking. Angie's self-destructive behavior didn't seem to have an end. She jeopardized her career, her relationship, and most importantly her life. I wanted to shake her and scream at her more than once. She had a good thing going and she was messing everything up. Her craziness only made me turn the pages faster. I NEEDED TO KNOW!

There was only one situation that made me mad at Maddox but since it's a spoiler, I'll keep it to myself. (but if you want to know, just comment below).

The Lullaby Girls is an excellent suspense novel. It had me in a race to follow Angie's crusade.
I do believe it's important to read The Drowned Girls not only because it's great but because it makes Angie's train wreck behavior more meaningful.

A complimentary copy was provided by Montlake via Netgalley in exchange for an honest review.
Posted by MrsLeif at 8:31 AM