No Other Duke Will Do by Grace Burrowes 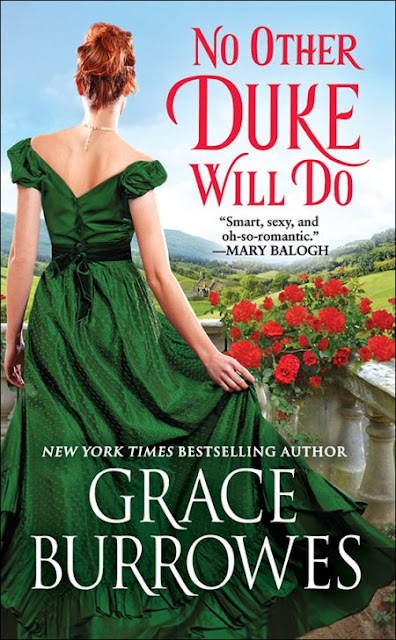 No Other Duke Will Do by Grace Burrowes
(part of the Windham Brides series)
will be published on November 7, 2017 from Forever.

One of Amazon’s Top Romance Picks for November

"Compelling, sympathetic characters and a rare blend of passion and humor result in another exquisite gem from a master of the genre. Gorgeously done."―Library Journal, starred review

Julian St. David, Duke of Haverford, is barely keeping his head above water in a sea of inherited debts. Though he has a long-term plan to restore the family finances, his sister has a much faster solution: host a house party for London's single young ladies and find Julian a wealthy bride.

Elizabeth Windham has no interest in marriage, but a recent scandal has forced her hand. As much as she'd rather be reading Shakespeare than husband-hunting, she has to admit she's impressed by Julian's protective instincts, broad shoulders, and, of course, his vast library.

As the two spend more time together, their attraction is overwhelming, unexpected... and absolutely impossible. With meddling siblings, the threat of financial ruin, and gossips lurking behind every potted palm, will they find true love or true disaster? 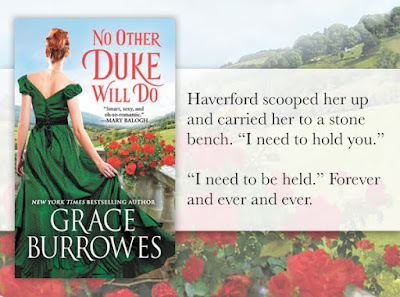 “I still want to kiss you, Elizabeth. Rather a lot.”
“That sentiment is mutual,” she said, setting off at a brisk pace. “But where is it written that friends can never kiss, or otherwise express their attraction to each other?”
“It ought to be written somewhere,” Haverford said, “in great bold copperplate. Kissing leads to—”
“I know where it leads, Your Grace, in the general case. The destination has been sadly unimpressive on past visits. I’d like to explore where kissing leads with you.”
“You are—”
“I am lonely too.” And doubtless bound for marriage to some charming, boring viscount with clammy hands.
“—quite fierce about this friendship business.” His gaze was on the castle, and Elizabeth suspected he was trying not to smile.
“I’m quite fierce about everything.” And only now coming to admit it.
“We shall be fierce friends then, for the duration of a house party. One shudders to think what mischief… What the devil is he doing here?”
A coach and four was rattling up the drive a quarter of a mile away. The horses were all white, exactly matched for gait and height, and pulling a black coach with red wheels. A single trunk was affixed to the back, though no crest adorned the door.
“It appears you’ve a late arriving guest.” Or a bad fairy calling on the party, based on Haverford’s expression.
“Not a guest, a problem. A most unwelcome problem.” 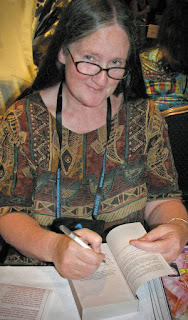 Grace Burrowes grew up in central Pennsylvania and is the sixth out of seven children. She discovered romance novels when in junior high (back when there was such a thing), and has been reading them voraciously ever since. Grace has a bachelor's degree in political science, a bachelor of music in music history, (both from Pennsylvania State University); a master's degree in conflict transformation from Eastern Mennonite University; and a juris doctor from the National Law Center at the George Washington University.

Grace writes Georgian, Regency, Scottish Victorian, and contemporary romances in both novella and novel lengths. She's a member of Romance Writers of America, and enjoys giving workshops and speaking at writers' conferences. She also loves to hear from her readers, and can be reached through her website, www.graceburrowes.com. 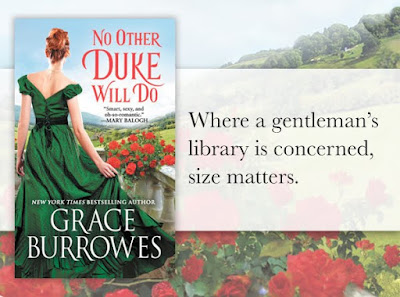