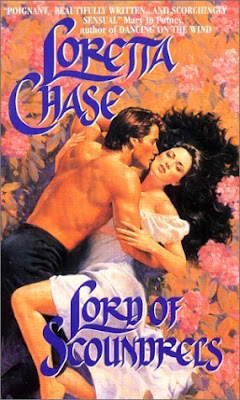 Jessica Trent is trying to save her brother Bertie from the devil. She has heard terrible things about Sebastian, Marquess of Dain who her brother idolizes. Bertie is drinking and gambling, following into Sebastian steps. But while Sebastian is rich, Bertie is soon to become broke.

To save her brother she is prepared to fight the rake. What she didn't expect was finding herself interested and attracted to him from their first meeting in a store.

Sebastian is a rake and doesn't want anything to do with a respectable woman. He prefers to hire prostitutes instead. His childhood was terrible. His mother abandoned him. His father hated him and sent him away to Eton, where he was made fun of constantly due to his appearance, having a large nose, and his height, at that time he was considered too short. Now, as an adult, he is very tall, well built.

Jessica and Sebastian are found in a compromising position and he believes she instigated this. He leaves her to deal with this situation telling her if she didn't like it she can shoot him.

This is exactly what she does (She is a great shot) and then proceeds to sue him. Sebastian decides to marry her instead and they move from Paris to England.

I love this book. It was funny, the dialogue was active, their banter exquisite. So many funny moments. The shooting was hilarious.

The heroine is the best that I have read in a historical romance in a while. I wanted to be friends with her!

I bought this book as an amazon kindle promotion- 99 cents. More than worth it!!