The Perfect Father by Charlotte Duckworth 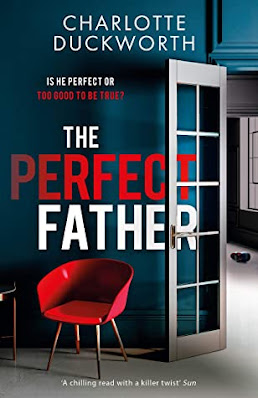 THE PERFECT HUSBAND . . .
After a difficult pregnancy, Esther is grateful that her husband Robin offers to put his career on hold so that she can return to the job she loves.
But Esther finds leaving her daughter Riley behind more challenging than she'd thought. And soon the new imbalance in her relationship with Robin brings old tensions to the surface.
OR A PERFECT LIE?
Then one day Esther arrives home from work to find Robin and Riley are missing. As the police investigate their disappearance, it becomes clear that nothing about this modern-day family is what it seems...
Is Robin the perfect father everyone thinks he is? Or was it all a perfect lie?

Sorry.
No, it's not a quote from the book. It’s me wishing this book had snatched my attention but regrettably, I had a hard time liking this one.
My main problem with The Perfect Father is that I disliked both main characters. They were selfish, egotistical, and to a point not quite believable.
The novel begins with a successful businesswoman, Esther, receiving a cryptic message from her husband, Robin. Ester immediately knows something is wrong. She hurries home to talk to her husband, to see her 2-year-old baby, Riley, and to reassure herself that there is nothing wrong.
Robin is a stay at home dad. After Riley was born, Esther returned to work as the sole breadwinner which is nothing new, since Robin has not had a stable job since Esther met him.
When Esther arrives home, there is no sign of Robin or Riley.  Her husband has taken her. Why and for what purpose? Esther doesn't know. She's desperate but she has no clue where to start looking.
Then, the police come knocking.
Through past and present passages, and with Esther and Robin voicing their parts, we learn about all the lies, deceits, and unforgivable behaviors.
I didn’t like Robin from the very beginning. I thought he was despicable. In my opinion, there was not a trace of antihero or a drop of redeemability in him.
Cliffhanger: No
2/5 Fangs
A complimentary copy was provided by Quercus Books via Netgalley in exchange for an honest review.
Posted by MrsLeif at 8:57 PM