Online food blogger Victoria Aquino has spent years doing social media for True North and Paraiso Retreats, and she’s ready to take her blog and writing to the next level. But after she was catfished and suffered a heartbreak, she’s clamoring for change. She auditions for and accepts a food host opportunity: covering the Labor Day holiday BBQ festivals along the California coast. For eight days, she’ll travel with a producer and a camera and sound person, in a vintage—and rickety—RV, and she’ll get her very first byline as a video journalist. The only catch? She can’t stand BBQ. And the cameraman also auditioned for the job.

Joel Silva is a cameraman with his own past and big dreams of his own, and when he finds out that the job he auditioned for went to Victoria—a woman he’d gotten to know covering Paraiso Retreats, and someone he later slept with—he’s understandably furious and curious. Joel knows the BBQ circuit like the back of his hand, and he now has to help Victoria do her job amidst their growing attraction. When the producer picks up on their push/pull vibe and increases the ante to feature both in front of the camera with the best host taking the next cross-country feature, the two have to decide: is their blossoming romance something that should be left to fizzle along with BBQ season? Or is it the beginning of something even more delicious?

Victoria
Joel comes to the bottom of the step. “I’m not done. Can I come in?”
My heart lurches in my throat. Stunned, I blink at the site of this beautiful man looking up at me, then nod.
He takes two steps up into the rig, shuts the door behind him, and turns so our faces are even, so close that it would be easy to lean in and steal a kiss.
He lays his hands on my hips, inching me backward, then takes the final step up. I don’t fight back; I don’t question him. I sit on the edge of the bed while he takes a knee in front of me, and I’m breathless when he puts his hands on my thighs. My heart’s pounding in my ears as I take in the mixture of determination and patience on his face. “The things you do, the things you say—I can’t stay away from you.” His right hand caresses my cheek, pushes a long bang from my face and tucks it behind my ear. “Look, what that guy did to you was wrong. Fucking cowardly. You didn’t deserve it.”
“I know that.”
“Then you know that real men aren’t like him. That I am not like him.”

Tif believes in and writes about heart-eyes romance, the strength of families, and the endurance of friendship. A veteran Army Nurse with a Bachelor of Science in Nursing and a Master of Public Administration, she is a craft enthusiast, food-lover and the occasional half-marathon runner. As a military spouse, she has moved nine times, and this adventure shows in some of her free-spirited characters. Tif currently lives in the DC area with her own real life military hero and four children. 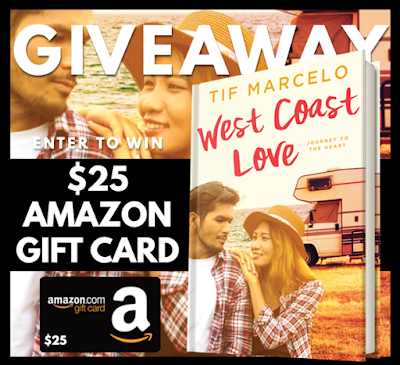 Posted by MissDaemon at 8:48 AM