The Hookup by Kristen Ashley

Jump into THE HOOKUP and grab your copy today! 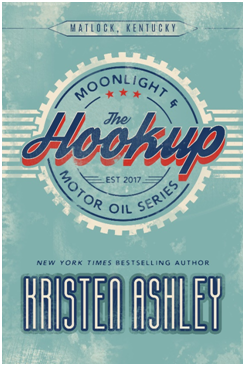 When the new girl in town, Eliza “Izzy” Forrester decides to hit the local drinking hole, she’s not ready to meet the town’s good, solid guy. She’s definitely not prepared to engage in her very first hookup with him.

Then Izzy wakes up the next morning in Johnny Gamble’s bed and good girl Izzy finds she likes being bad for Johnny.

Even so, Izzy feels Johnny holding her at arm’s length. But Johnny makes it clear he wants more and Izzy already knows she wants as much of hot-in-bed, sweet-out-of-it Johnny Gamble.

He’s in love with someone else. Someone who left him and did it leaving him broken. Whoever was up next would be runner up, second best. Knowing the stakes, Izzy will take what she can get from the gentleman that’s Johnny Gamble. And even knowing his heart might never mend, Johnny can’t seem to stay away from Izzy.

Until out of nowhere, his lost love comes back to town. He’s not going back, but Johnny still knows the right thing to do is let Izzy go.

And Izzy knew the stakes, so she makes it easy and slips though his fingers.

But that’s before Johnny realizes Eliza moved to town to escape danger that’s been swirling around her.

And that’s why Johnny decides to wade in.

That and the fact Eliza Forrester makes breakfast with a canary singing on her shoulder and fills out tight dresses in a way Johnny Gamble cannot get out of his head.

Pick up your copy of THE HOOKUP today! 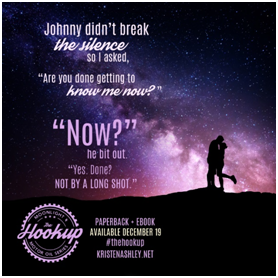 “Izzy?” she answered.
“Hey, I’m home,” I told her.
“Okay, well…how are you?”
How was I?
Johnny’s behavior explained by the sad fact it was the anniversary of his father’s death, but still explained, and he was coming over for dinner the next night, not to mention, after not being affectionate (at all, unless you counted sitting me on the countertop, which I kind of did) after the last time we’d had sex, he made out with me at the door of my car for a good, long, happy while—I was great.
“I’m great,” I told her, opening Serengeti’s stall and moving in, lifting a hand to pat her jaw while she moved her nose to snuffle my neck and blow at my hair.
“Damn,” Deanna muttered.
My hand arrested on Serengeti and I focused on Deanna.
“What?” I asked.
“Damn,” she repeated.
“Damn what?” I asked.
“Well, just to say Johnny Gamble is Johnny Gamble.”
A specific area in my chest squeezed at the way she imparted that obvious but still confusing information.
“What’s that mean?” I asked.
“He’s Johnny Gamble of Gamble Garages. Did he tell you that?”
No he didn’t tell me that.
And suddenly I was embarrassed about something that I hadn’t liked all along.
But it was worse since Deanna knew more about a man I’d slept with than I did.
Serengeti was getting fidgety, so I used my hand on her to lead her out of her stall, and once in the corridor, she trotted out the open bay at the back, directly into her pasture.
I moved to Amaretto as I shared with Deanna, “No, he didn’t tell me that. I mean, we talked but we were also doing other things.” I let that lie. It did, weighty between us on the phone, before I went on, “I don’t know what that means.”
Even though it seemed like I did. Something seemed familiar about that.
“You haven’t lived here long enough,” she murmured while I opened Amaretto’s stall and moved in for some quick pats before I let him loose. Louder, Deanna said, “You know the gas station in town?”
Oh yes.
That was where I’d seen it.
“He owns that?”
“That and seven more of them across three counties. None in the city, just in the counties. Some of them are like mini-mart stores. All of them sell gas and do work on cars.”
Wow.
That was impressive. 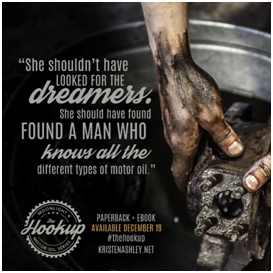