#BerkleyBookmas:
Excerpt of Someone to Care by Mary Balogh

MrsLeif's Two Fangs About It is so excited to participate in Berkley Bookmas and we’re hosting Mary Balogh today! We have an exclusive excerpt from her upcoming release Someone to Care!

Berkley Bookmas is chock full of exclusive content from authors like exclusive excerpts, deleted scenes, author recipes and more! Check out the calendar of events below: 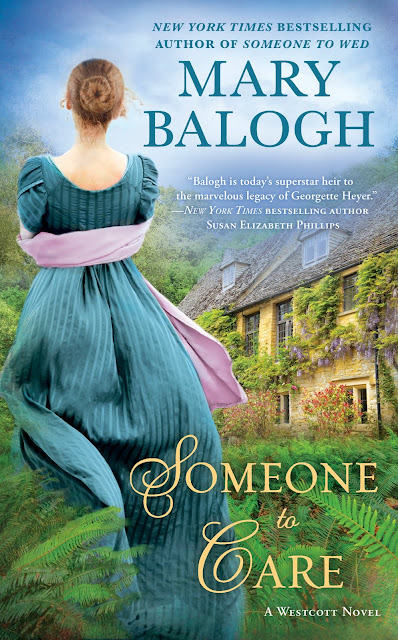 Once the Countess of Riverdale, Viola Kingsley throws all caution to the wind when adventure calls in the form of a handsome aristocrat. . . .

Two years after the death of the Earl of Riverdale, his family has overcome the shame of being stripped of their titles and fortune--except for his onetime countess, Viola. With her children grown and herself no longer part of the social whirl of the ton, she is uncertain where to look for happiness--until quite by accident her path crosses once again with that of the Marquess of Dorchester, Marcel Lamarr.

Marcel Lamarr has been a notorious womanizer since the death of his wife nearly twenty years earlier. Viola caught his eye when she herself was a young mother, but she evaded his seduction at the time. A prize that eluded him before, she is all the more irresistible to him now although he is surprised to discover that she is as eager now for the excitement he offers as he is himself.

When the two defy convention and run away together, they discover that the ties of respectability are not so easily severed, and pleasure can ensnare you when you least expect it.

SOMEONE TO CARE by Mary Balogh

Marcel Lamarr, Marquess of Dorchester and Viola Kingsley have both found themselves stranded by carriage woes in a country village where a fair is about to take place. Marcel had made advances to Viola fifteen years before, when she was the married mother of young children, but she had repulsed his advances. Now he persuades her to spend the day at the fair with him and the evening at a dance on the village green:

They joined the lines for a country dance, less vigorous, more intricate than the reel. He was an elegant, accomplished dancer, as Viola well remembered. He also had a gift for focusing his attention upon his partner, even when he was performing some figures of the set with another.

How wonderful it was, she thought as she danced, the cool evening air on her face and arms below her shawl, to be someone's focus of attention, to be made to feel even for just a short while that she was the only person in the world who really mattered. It was not that she craved attention all the time. Far from it. She never had. But oh, sometimes it felt wonderful. They were surrounded by pretty, laughing young women, several of whom were darting half frightened, half appreciative glances at the formidable stranger in their midst, but he appeared to see no one but her.

It was all artifice, of course. It was all part of his appeal, and part of the danger. But it did not matter. She was not for a moment deceived by it. When the dancing was over for the evening, or perhaps even before it ended, they would return to their rooms at the inn, and tomorrow they would be on their separate ways and would very probably never see each other again. She did not mingle with the ton any longer.

So tonight—this evening—was to be enjoyed for what it was. A brief escape offered by fate.

All the sets were country dances or reels. They were what the villagers and farmers from the surrounding countryside knew and wanted. Viola and Mr. Lamarr—Marcel—danced two of them and watched a few more. But when one tune started he lifted a finger as though to stop her from saying anything, listened intently for a moment, and then turned to her.

"One could dance a waltz to this," he said.

She listened too and agreed. But no one else was waltzing. The dancers were in line, performing steps with which Viola was unfamiliar.

"We will waltz." It was an imperious command.

But he was holding out a hand for hers. "I believe waltzing is something you and I never did together, Viola," he said. "We will right that wrong. Come."

"Ah," he said. "I like it—the sound of you speaking my name. But come." He took her hand, and she did not resist as he led her about the green to the side nearest the church, where there were no people, perhaps because full night had fallen and the light from the lamps did not penetrate this far. Here there was heavy shade, though not total darkness. It was a clear night, illumined by both moonlight and starlight.

"You will waltz with me here," he said. It was still not a question. He was offering her no choice. Neither, of course, was he coercing her.

"But people will see," she protested.

"And?" She was aware that his eyebrows were raised. "They will see us dancing together. Scandalous goings on indeed."

"Oh, very well," she said, raising her left hand to set on his shoulder as his right arm came about her waist. How could she possibly resist? She had always thought the waltz the most romantic dance ever invented, yet there had been no such thing when she was young. There were still people who thought there was something scandalous about it, a man and a woman dancing a whole set exclusively with each other, face to face, their hands touching each other.

He took her free hand in his, listened a moment, and then led her into a waltz, twirling about the uneven ground of the village green, the sounds of voices and laughter seeming far away though they were only just beyond the shadows. She was very aware of his hands, the one resting firmly against the arch of her back at the waist, the other clasped about hers. She was aware that there was only an inch of space between his evening coat and her bosom, that their legs occasionally touched, that he was looking down at her, that she was looking back. She could not see him clearly in the darkness, but she knew his eyes were on hers. She could feel his body heat, smell his cologne, feel his magnetism. She could hear his breath.

She did not know how long it went on. Probably no longer than ten minutes. The dance had already been in progress, after all, when they started. It might have been forever. Viola forgot everything except the waltz and the man with whom she danced it in silence.

"Viola," he said softly next to her ear when the music stopped. He did not immediately release her, and she made no move to extricate herself from his arms. "Let us go see what is behind the church, shall we?"

A churchyard, she supposed. But actually there was a sort of meadow beyond that, sloping downward to a river she had only half noticed this morning from the carriage window. A willow tree leaned over from the bank and almost touched the water. A humpbacked stone bridge crossed the river a short way to their left. It must all be very picturesque in the daylight. But so was the rest of the village.

They stood halfway between the low churchyard wall and the river, which winked in the moonlight, and listened to the slight rushing sound of water. The music began again, but the sound of it and of voices and laughter seemed far away now, part of some other world that did not concern them. His arm, through which her hand had been drawn, came about her waist to draw her to his side, and she wondered idly, not if she ought to allow it, but if she would. She made no move to bat his arm away or to take a step to the side. Rather, she leaned against him.

She would allow it, then. But she was in no danger. She knew what he was about. She understood. It did not matter.

He nudged her head onto his shoulder, lifted her chin with his long fingers, and bent his face to hers to kiss her.

We’re taking a break from the #BlackFriday madness to celebrate Berkley’s #Bookmas. As part of the event, LE is excited to host Christine Feehan as she gets ready for her January 2018 release of Judgement Road, the first novel in her Torpedo Ink series. 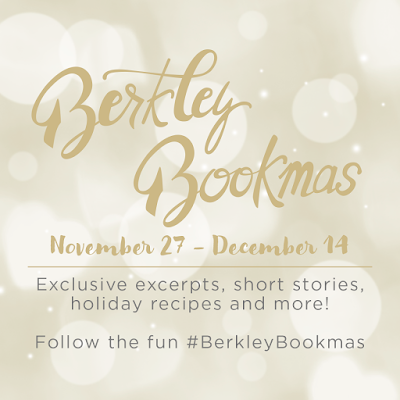 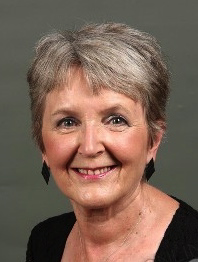 Mary Jenkins was born in 1944 in Swansea, Wales, UK. After graduating from university, moved to Saskatchewan, Canada, to teach high school English, on a two-year teaching contract in 1967. She married her Canadian husband, Robert Balogh, and had three children, Jacqueline, Christopher and Sian. When she's not writing, she enjoys reading, music and knitting. She also enjoys watching tennis and curling.
Mary Balogh started writing in the evenings as a hobby. Her first book, a Regency love story, was published in 1985 as A Masked Deception under her married name. In 1988, she retired from teaching after 20 years to pursue her dream to write full-time. She has written more than seventy novels and almost thirty novellas since then, including the New York Times bestselling 'Slightly' sextet and 'Simply' quartet. She has won numerous awards, including Bestselling Historical of the Year from the Borders Group, and her novel Simply Magic was a finalist in the Quill Awards. She has won seven Waldenbooks Awards and two B. Dalton Awards for her bestselling novels, as well as a Romantic Times Lifetime Achievement Award.

#BerkleyBookmas
For tomorrow’s fun, head to one of the following blogs: