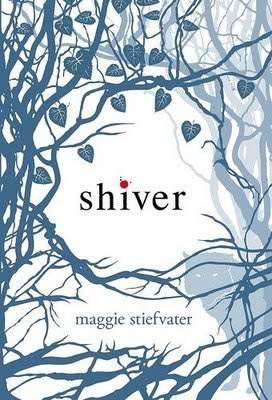 Shiver is the story about Grace, a girl who was attacked by what she thought werewolves at the age of eleven. She was rescued by a golden-eyed werewolf, Sam, who can become human during the summer.

The premise of this book is that the hot temperature makes werewolves become human. The colder it gets the more likely it is for them to change into wolves. The longer they are werewolves, the higher chance they have to stay wolves forever.

Sam was bitten as a child and almost murdered by his parents after finding out that he can become a wolf. He runs with the pack and for unknown reasons saved Grace as a child.

Grace now seventeen finds "her wolf" as human at her doorstep after a bullet hurts him.

After recognizing him because of his peculiar eye color, she takes him to the hospital to get help.

In the end, they are able to find a cure to keep him human during the winter.

The book was easy to read, at times felt too much like Twilight. A girl who acts shy because she wants to, who is always thinking about a wolf. Once she meets him as human, she is in love with him. He stays night after night in her bed due to a lack of parental supervision.