The Pearl by Tiffany Reisz 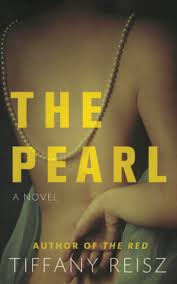 It's been quite a while since I've indulged in a Tiffany Reisz masterpiece and I was truly not disappointed in choosing The Godwicks to jump back into her masterful stories!
Lord Arthur Godwick is accustomed to bailing his brother out of tight situations and yet again he gets the call to save his brother, only this time he needs to use his body and not his bank account. When he makes his way to The Pearl he doesn't realize that he's about to be entwined in Lady Reagan's plan of revenge.
The Pearl is written to be gobbled up in one sitting because there is no way this book can be put down! With her deliciously deviant characters and exceptional writing, Tiffany Reisz proves that she is an erotica writing goddess!
Cliffhanger: No
4.5/5 Fangs
Complimentary copy was provided via Netgalley in exchange for an honest review.
Posted by MrsJZBarrons at 10:00 AM