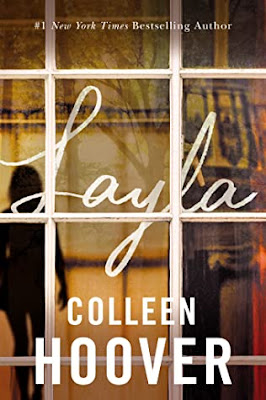 From #1 New York Times bestselling author Colleen Hoover comes a novel that explores life after tragedy and the enduring spirit of love.
When Leeds meets Layla, he’s convinced he’ll spend the rest of his life with her—until an unexpected attack leaves Layla fighting for her life. After weeks in the hospital, Layla recovers physically, but the emotional and mental scarring has altered the woman Leeds fell in love with. In order to put their relationship back on track, Leeds whisks Layla away to the bed-and-breakfast where they first met. Once they arrive, Layla’s behavior takes a bizarre turn. And that’s just one of many inexplicable occurrences.

Feeling distant from Layla, Leeds soon finds solace in Willow—another guest of the B&B with whom he forms a connection through their shared concerns. As his curiosity for Willow grows, his decision to help her find answers puts him in direct conflict with Layla’s well-being. Leeds soon realizes he has to make a choice because he can’t help both of them. But if he makes the wrong choice, it could be detrimental for all of them.

Well, I'm going to be an outlier with this one. I didn't like Layla. Not because of Layla but because of Leeds.

He was condescending. He was making decisions without consulting his girlfriend (who doesn't ask his girlfriend before deciding to buy a home?). He abused his girlfriend's trust in him. He let Willow do whatever she wanted without taking into account anything Layla needed.

Without major spoilers, I had to say that this is COHO's weakest male character for me. I know, I know, some are going to love him but I'm not a fan AT ALL. There's is a scene with wine that completely severed any good emotion I had left for him. Douchbag is the least of what I can say about him.

I know I like happy endings with a good HEA but this one left a sour taste in my mouth. I was unhappy with what happened to Sabel.

Another thing that bothered me was the reason for bringing in an "expert". He didn't stay to help when he was needed the most.