The Shadow Man by Helen Fields 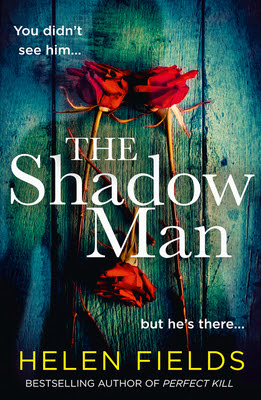 The brand new crime thriller from the bestselling author of the Perfect series – Helen Fields is back with her first stand-alone novel!
He collects his victims. But he doesn’t keep them safe.
Elspeth, Meggy and Xavier are locked in a flat. They don’t know where they are, and they don’t know why they’re there. They only know that the shadow man has taken them, and he won’t let them go.
Desperate to escape, the three of them must find a way out of their living hell, even if it means uncovering a very dark truth.
Because the shadow man isn’t a nightmare. He’s all too real.
And he’s watching.
Helen Fields is back with a heart-pounding new book, perfect for fans of Cara Hunter and Stuart MacBride.

He's the shadow of a man and yet, he's strong enough to capture his victims.
How does he do it?
Helen Fields has given us a quite dark and disturbing tale. One that for the most part kept me entertained.
A woman, Elspeth, has been abducted, and to find her Connie Woolwine, an American forensic psychologist, and detective Brodie Baarda have teamed up. Connie is making a profile of the psychopath and soon she learns that the body of a woman named Angela has a connection with Elspeth's abduction. Connie knows there has to be a reason for these women to be selected. She and Baarda know time is running out. Will they find her in time?
The Shadow Man had some quite gruesome scenes that made my stomach queazy. My imagination ran wild with all the things The Shadow Man did. Same with some of the discoveries that were described. The last showdown was terrifying.
Connie was a great character! Someone smart, unflappable, and resourceful.
I will like to see her back with Baarda for another investigation.
Cliffhanger: No
3/5 Fangs
A complimentary copy was provided by Avon Books UK via Netgalley in exchange for an honest review.
Posted by MrsLeif at 4:26 PM