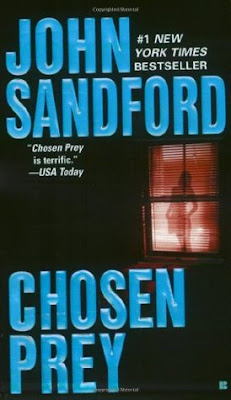 A New York Times bestseller! Lucas Davenport returns in the most harrowing and unexpected Prey novel yet—the story of a congenial man, and his most uncongenial obsession...
An art history professor and writer and cheerful pervert, James Qatar had a hobby: he took secret photographs of women and turned them into highly sexual drawings. One day, he took the hobby a step further and... well, one thing led to another, and he had to kill her. A man in his position couldn't be too careful, after all. And you know something? He liked it.
Already faced with a welter of confusion in his personal life, Deputy Chief Lucas Davenport decides to take this case himself, hoping that some straightforward police work will clear his head, but as the trail begins to take some unexpected turns, it soon becomes clear that nothing is straightforward about this killer. The man is learning as he goes, Lucas realizes, taking great strides forward with each murder. He is becoming a monster — and Lucas may have no choice but to walk right into his lair...

Lucas Lucas Lucas, you my friend are a very interesting character. I have come to love you in a special way. You might be a sociopath too but at least you're on the right side of the law.
It's a pleasure going back to this world in between my other reads. Lucas and his team make me laugh over and over. I've spoken about their camaraderie in a few of my reviews but I have to say it again. I'm entertained by them. I know them all now.
Now, the crazy one this time is James Qatar. He is crazy. He enjoys killing blondes by strangulating them with a rope. Crazy bastard. Unluckily for him, Lucas is on the case. The Grave Digger's days are numbered.
In regards to Lucas's personal life, color me surprised, he doesn't sleep around and Weather is back on. Furthermore, she wants a baby with Lucas, and Lucas is not running for the hills.
Chosen Prey was quite an interesting addition to this great series. On to the next one...
Cliffhanger: No
4/5 Fangs
Posted by MrsLeif at 9:41 PM