When a Lady Dares by Tara Kingston

They must tear down their defenses and learn to trust their hearts. 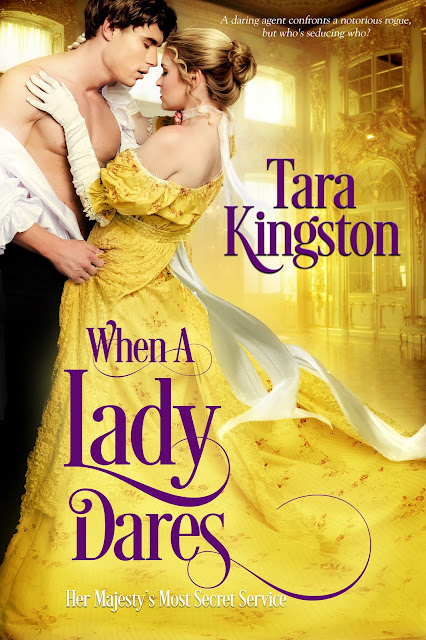 WHEN A LADY DARES
Her Majesty's Most Secret Service #2
Tara Kingston
Released May 15, 2017
Entangled Select Historical

Sophie Atherton knows a liar when she sees one. Perhaps because she’s so skilled at deception herself. Searching for clues to a string of mysterious deaths, the secret operative for the Crown has connived her way into a phony medium’s confidence. When a dashing archaeologist seeks out the charlatan’s services, Sophie suspects he’s after more than a long-lost heirloom. Their electric attraction storms her defenses, but loving the rakish scholar would threaten her investigation and the life she’s crafted.

Gavin Stanwyck is a man on a mission. Masquerading as a treasure hunter to trap the spiritualist, he's drawn to the medium’s enigmatic assistant. As treacherous forces close in, passion awakens his hardened heart—he’ll protect Sophie at all costs, but he cannot give her his love. Uniting to survive a sinister plot, they must tear down their defenses and learn to trust their hearts.

“The way I see it, you set forth a challenge. I am debating whether or not to accept it.”

He unfolded his arms and stalked to where she stood. Gently, his hands draped her shoulders. Strong, but without pressure. Without violence. “You said I would have to try harder for you to be convinced I am a scoundrel. What is that, if not a challenge?”

Words hovered on the tip of her tongue but failed to escape her lips. He shouldn’t be holding her, regardless of how warm his hands were against her body. He shouldn’t be so very near. She drank in subtle notes of sandalwood on his jaw and his throat. He shouldn’t be studying her with those perceptive eyes, a glint of sensual interest darkening his sapphire irises.

She drew in a breath, even as he held her closer still. If she’d detected any hint of danger, she would’ve brought him to the ground with a well-placed knee or a calculated swing of her weighted reticule against the pulse point behind his ear. But this man did not present that nature of a threat.

No, the danger in his touch was more subtle. More insidious. And ultimately, far more powerful. She could not betray the effect he had on her. She could not give him that weapon against her.

“I meant what I said.” A miracle, how steady she held her tone. “When I look at you, I do not see a cad. I see a man in need of answers. The only question is, what are the answers you truly seek?”

“And if I kissed you? Would you think me a rogue?”

The heat in his gaze kindled a spark deep within her, but she steeled herself against the sudden and powerful need. She could not let on how delicious his breath felt against her cheek, how good…how right…it felt to be in his arms.

“No.” She lifted her gaze to lock with his. “I would think you a man, with a man’s desires and needs. Nothing more. Nothing less.”

“You are a temptation I could not have anticipated.” A tiny muscle in his jaw tensed. “And I…well, I am a bloody fool.”

His hands slid lower, settling on her leg-of-mutton sleeves, and he dipped his head. She might’ve imagined the sound, but his breath seemed a sigh. And then, his lips claimed hers in a kiss.

Oh, my, such a delicious caress. Shock rippled through Sophie’s veins, coupled with an instinctive alarm. Not fear. Far from it. Rather, this man’s touch should not feel so very tempting, so very tender. So maddeningly right. 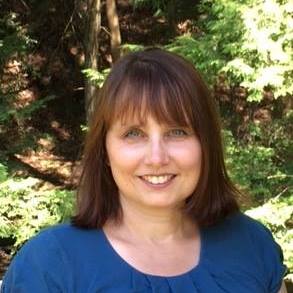 Award-winning and Amazon.com best-selling author Tara Kingston writes historical romance laced with intrigue, danger, and adventures of the heart. A Southern belle-out-of-water in a quaint Pennsylvania town, she lives with her real-life hero and a pair of deceptively innocent-looking cats in a cozy Victorian. A former librarian whose love of reading is evident in her popping-at-the-seams bookcases, she’s thankful for the invention of digital books, thereby eliminating the need for yet another set of shelves. When she’s not writing, reading, or burning dinner, Tara enjoys movie nights, cycling, hiking, DIY projects, and cheering on her favorite football team.