The Tailor by Leigh Bardugo 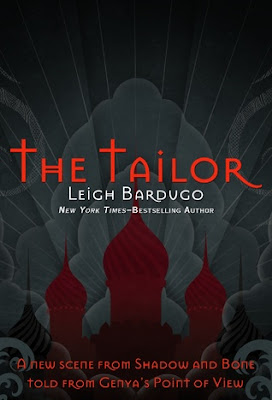 New scene from Shadow and Bone told from Genya's point of view.

The Tailor is a short story that is meant to be read after Shadow and Bone. It's from Genya's POV.

As we know, Genya is a Grisha tailor. Probably the best tailor in Ravka. She's under the command of the Queen who has used her and later on given her to the King to satisfy his sexual desires.

Genya has never been treated nicely by other Grishas. She's been treated like a slave. Her life has not been easy and she wants nothing more than to become a soldier again. Tired of the Queen's treatment, she decides to ask the Darkling for help.

This was very interesting to me. The interaction between Genya and the Darkling tells me there's more to the Darkling than evil. He offers her choices. He also gives her hope. In the end, she's the one who's making the decisions about her life and later on about Alina's. They could be the wrong ones but still...her choices.

Email ThisBlogThis!Share to TwitterShare to FacebookShare to Pinterest
Labels: Review Leigh Bardugo, Review, The Grisha, The Grisha #1.5, The Tailor