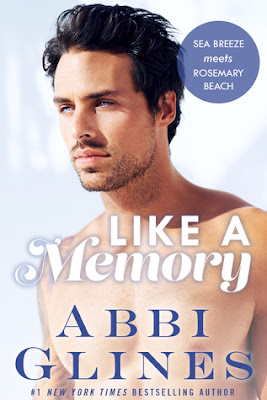 
One special summer.
The one thing Bliss had lost herself in when the fear and sickness were too much, moments never to be damaged by the harsh reality that followed… until now.

Bliss York didn’t live a normal teenage life. She didn’t go to Friday night football games, walk the halls with her friends every day, go to her prom or even walk to receive her diploma. It had all been taken from her the fall that she was fifteen years old and she was given the diagnosis no one ever wants to hear.

Seven years after spending a summer with a girl who he knew would always be his first love and the one who got away, Nate Finlay returns to Sea Breeze to help his fiancé open her new boutique clothing store. When the new employee walks in Nate is taken back seven years to the girl he thought he’d love forever. The one who never answered his calls or returned his text. The one who shut him out completely with not even a goodbye and broke his heart.

They’ve each become someone different. No longer the young teens with stars in their eyes. But does that matter when your heart still says that’s the one.

FINALLY! After Abbi tortured us with a glimpse of a possible connection between Sea Breeze and Rosemary Beach we have it in our hands! Like A Memory is the classic story I've come to expect from Abbi. There are some tough issues at hand, but I know that all will be resolved by the ending, and that's why I love her. Sometimes I just want to book that isn't going to drag on until the end of time, I want closure, I want smiles, and she gives it to me.

Bliss York and Nate Finlay had that perfect young summer romance and then it ended, so when they come face to face there are definitely some unresolved feelings. Nate is ENGAGED! And Bliss is trying to make a life for herself without any of the anxiety from her past. Nate reminded me so much if his dad Rush, and I love Rush with all my heart! He tries to keep his distance but fails miserably because who can stay away from the innocence of Bliss and soon they are right back where they were 7 years before.

I can never stay away from an Abbi Glines book. I am devoted to Sea Breeze and Rosemary Beach and am so ecstatic to have them together, and hope for more in the future. Like A Memory is a quick, sweet, and super sexy read! There are always characters to love and also those to hate because we have to have a villain or it wouldn't be a Glines' book!