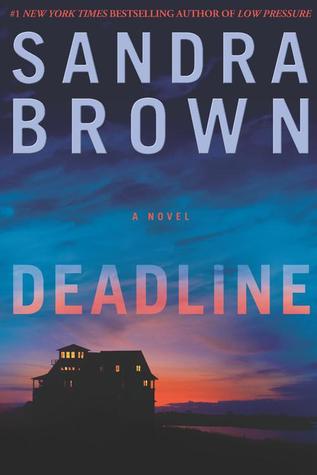 Dawson Scott is a well-respected journalist recently returned from Afghanistan. Haunted by everything he experienced, he's privately suffering from battle fatigue which is a threat to every aspect of his life. But then he gets a call from a source within the FBI. A new development has come to light in a story that began 40 years ago. It could be the BIG story of Dawson's career--one in which he has a vested interest.

Soon, Dawson is covering the disappearance and presumed murder of former Marine Jeremy Wesson, the biological son of the pair of terrorists who remain on the FBI's Most Wanted list. As Dawson delves into the story, he finds himself developing feelings for Wesson's ex-wife, Amelia, and her two young sons. But when Amelia's nanny turns up dead, the case takes a stunning new turn, with Dawson himself becoming a suspect. Haunted by his own demons, Dawson takes up the chase for the notorious outlaws. . .and the secret, startling truth about himself.

“People reveal as much by their silence as they do by what they say.”

Why do I love Sandra Brown's books? Well, she's able to surprise me. Deadline has two great twists and I didn't see either coming. It's great when I'm so distracted by the story that I don't realize what is just in front of my eyes.

So what's Deadline about?

Dawson Scott is a well-known journalist. He recently has gotten back to the USA after covering the war in Afghanistan for almost a year. He went looking for a good story but instead, he came back with more demons he could stand. Alcohol and anti-anxiety drugs are his coping mechanisms. When his godfather asks him to cover a developing trial in Savannah, he wants to say no but his godfather, Gary Headly is also an FBI agent who's about to retire. Gary's career has been successful except for not being able to capture two of the most wanted fugitives: Carl Wingert and his lover Flora. The case in Savannah has ties to Carl Wingert and Dawson soon find himself traveling south. During said trial, he discovers he's attracted to the ex-wife of presumed-dead marine Jeremy Wesson. This complicates matters tremendously.

Amelia Nolan has suffered enough. She has lost her father a few years back and her ex-husband Jeremy is dead too. It has been a year since his death and his children are still dealing with their loss. Currently, she's a witness in the trial of her ex-husband's murderer. She can't wait to put the trial behind her and move on with her life. Meeting Dawson, knowing he's a journalist, puts her on edge. As if that was not enough, weird things are happening around her beach house. She feels like someone is watching her. When she learns her life is in danger, she doesn't know if she can trust Dawson. What is he hiding?

Deadline had plenty of suspense with great twists. It had great humor too. I was laughing at the viagra discussion.  In addition, I was surprised it was heavy on the romance.