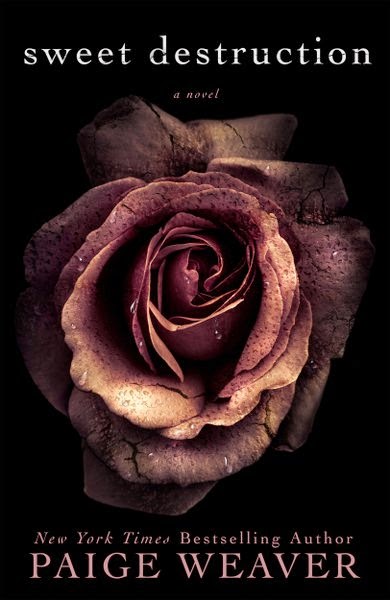 Synopsis:
There’s a fine line between love and hate and they were about to cross it.
My name is Samantha Ross and this is my life.
I existed in a world that few know. Rundown trailers and crime-ridden streets were my home. Drugs and alcohol were the norm and happiness was the exception. I lived from day to day never knowing if I would have a roof over my head or food in my stomach. My life sucked. It took from me and gave nothing back.
But there was one certainty in my life. A black smudge on my window of hell.
Cole Walker.
He was a criminal. A thief. He brought hell and damnation with him wherever he went. He hurt and destroyed. He took and gave nothing in return. He was heartache and despair wrapped up in a perfect gorgeous package. Fast cars and fast women were his hobbies. His vices. But he had many.
I was one of them.
I was his addiction and his craving. His enemy on this earth. I feared him. I hated him. I loved him even more.

Paige Weaver does it again!  She has written another story that has sucked me into this fictional world and I loved every minute of it.

Samantha and her brother Bentley grew up on the wrong side of the tracks.  With a mother that left her starving and afraid she spent most of her life fending for herself with no one to protect her besides her brother and Walker.

Cole Walker is the bad boy that lived down the street.  He stole anything he can get his hands on: cars, drugs, and even food for Samantha.

Walker, Bentley, and Samantha were it for each other.  They had each others back when no one else did, until one incident broke the bond of the three of them and left Samantha and Walker HATING each other.

I felt every emotion that was written.  Their home life was so sad and it makes me sick that some children have to grow up like this.

I loved the chemistry and relationship between Walker and Samantha.  They were so feisty and mean to each other but at the same time I felt the love the shared.

Bentley was also amazing and I hope he gets his own story. It will definitely be interesting!

Posted by MrsAlcide at 8:11 AM