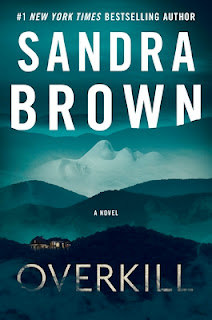 #1 New York Times bestselling author Sandra Brown delivers a riveting thriller in which a conflict of conscience for a former football star and an ambitious state prosecutor swiftly intensifies into a fight for their lives.
Former Super Bowl MVP quarterback Zach Bridger hasn’t seen his ex-wife, Rebecca Pratt, for some time—not since their volatile marriage imploded—so he’s shocked to receive a life-altering call about her. Rebecca has been placed on life support after a violent assault, and he—despite their divorce—has medical power-of-attorney. Zach is asked to make an impossible choice: keep her on life support or take her off of it. Buckling under the weight of the responsibility and the glare of public scrutiny, Zach ultimately walks away, letting Rebecca's parents have the final say.
Four years later, Rebecca's attacker, Eban—the scion of a wealthy family in Atlanta—gets an early release from prison. The ludicrous miscarriage of justice reeks of favoritism, and Kate Lennon, a brilliant state prosecutor, is determined to put him back behind bars. Rebecca’s parents have kept her alive all these years, but if her condition were to change—if she were to die—Eban could be retried on a new charge: murder.
It isn’t lost on Zach that in order for Eban to be charged with Rebecca’s murder, Zach must actually be the one to kill her. He rejects Kate’s legal standpoint but can’t resist their ill-timed attraction to each other. Eban, having realized the jeopardy he’s in, plots to make certain that neither Zach nor Kate lives to see the death of Rebecca—and the end of his freedom.

I have read many books by Sandra Brown and I've enjoyed them.
I was so happy when I got approved for the Hachette Audio version of Overkill. Lately, audiobooks are easier to do because of my commute to work. I will say that the narration by Kyf Brewer was spot on. His performance had the right tone to keep me invested.
The book begins with a party and a woman deciding to go to a bedroom with three men. The next day, everyone is talking about her, Rebecca Pratt, and her ex-husband, famous pro football player Zach Bridger. But not because of what she did but because Rebecca ends up in the hospital brain dead and Zach is the one responsible to make the choice for her care as her power of attorney.
Fast forward four years and prosecutor Kate Lennon comes looking for Zach. The man responsible for hurting Rebecca is being released and it's once again up to Zach to do something about it.
Sandra Brown does great romantic suspense. You get invested with her characters and you root for the couple to end up together. Also, the evil ones are always very evil which makes it easy to hate them.
Although I liked both Kate and Zach, their romance fell a little flat. Don't get me wrong there was quite a bit of steam but I felt their characters could have been developed a bit more.
Overall, I liked it and will read her next book without thinking it twice.
Cliffhanger: No
3.5/5 Fangs
A complimentary copy was provided by Grand Central Publishing/Hachette Audio via Netgalley in exchange for an honest review.
Posted by MrsLeif at 5:56 PM