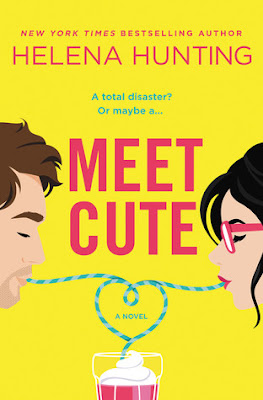 Talk about an embarrassing introduction. On her first day of law school, Kailyn ran quite literally into the actor she crushed on as a teenager, ending with him sprawled on top of her. Mortified to discover the Daxton Hughes was also a student in her class, her embarrassment over their meet-cute quickly turned into a friendship she never expected. Of course, she never saw his betrayal coming either...
Now, eight years later, Dax is in her office asking for legal advice. Despite her anger, Kailyn can't help feeling sorry for the devastated man who just became sole guardian to his thirteen-year-old sister. But when her boss gets wind of Kailyn's new celebrity client, there's even more at stake than Dax's custody issues: if she gets Dax to work at their firm, she'll be promoted to partner.
The more time Kailyn spends with Dax and his sister, the more she starts to feel like a family, and the more she realizes the chemistry they had all those years ago is as fresh as ever. But will they be able to forgive the mistakes of the past, or will one betrayal lead to another?

I wanted a fun audio to listen to and I had Meet Cute in my audible library for a while. The audio was just what I thought it was going to be. Something rom-com with a side of heartfelt that was perfect entertainment during my commute. Meet Cute made me laugh and it made me swoon a little bit too.
Kailyn's favorite TV show was It's My Life. She grew up watching it and she had the memorabilia to prove it. She loved the protagonist and on her first day of law school, she crashes into Daxton Hughes, the actor of the show. The man she has had a crush on since she was a teenager! However, by the end of law school, she wants to murder him. And this all happens in the prologue!
Then eight years later, they are face to face again. He's seeking her help with his parents' trust. He's becoming his sister Emme's guardian. His life is changing in all the ways that matter. He's losing most of his independence but he knows he has to fight for Emme.
In the beginning, Kailyn is not sure about his motives but the more time she spends with Dax and Emme the more she starts falling for both.
At first, I wasn't sure about Kailyn. She was a little too harsh and calculating but as the story and their feelings progressed, I warmed up to her. I loved how much she cared about the show. She was the perfect fangirl and I could relate to that. Dax was all kinds of nice. He went above and beyond to show Emme that she could trust him.
Since I'm reviewing the audio, I've to say that I thought the narrator did a great job at interpreting the characters and their feelings.
Cliffhanger: No
4/5 Fangs
Posted by MrsLeif at 9:51 PM