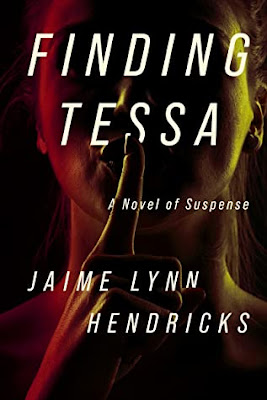 Jace and Tessa appear to be a young couple in love with nothing to hide. But looks can be deceiving.
When Jace Montgomery comes home late from entertaining clients, he discovers that his wife Tessa is missing. There’s broken glass at the back door. Clumps of her hair. Blood. The cops in their small New Jersey town have him pegged as a suspect, especially after he explodes at a reporter during a press conference. Jace maintains his innocence despite the mounting evidence against him, but when a coworker he's accused of having an affair with also disappears and a search warrant turns up an illegal gun in Jace’s home, all signs point to him as the culprit. What is he really hiding?
Meanwhile, Tessa finally feels safe, having set up her husband to take the fall for her disappearance—and someone close to him is helping her put him away. Breaking her lifelong pattern of bad men is only one hurdle she has to overcome. The other is outrunning her secret past while trying to stay alive, especially when those in her new life aren’t who they appear to be.
Jace’s lies don't add up and the authorities are closing in. Will Tessa’s old life catch up to her and drag her back to a life of abuse before justice is served?
Finding Tessa is a smart domestic thriller where nothing can be taken at face value, where every twist reveals a deadlier secret than the one before. Fans of Gillian Flynn, Samantha Downing, and incisive, fresh psychological suspense won't want to miss it.

Book friends, listen to me. Finding Tessa is a book that you won't be able to put down.
Who hasn't met a Tessa or know about a Tessa? Women who make the wrong decisions about a man over and over. Women who are abused mentally or physically. I certainly do!
Tessa has had bad luck with "Assholes". Her latest "Asshole" has punched her in the face leaving her black and blue but this time she is going to disappear and make him pay for it. So when Jace Montgomery arrives at his home and his wife, Tessa is gone, he calls the cops. Of course, the cops know the drill. The husband did it especially after finding broken glass, hair, and blood. But is it always the husband?
With Finding Tessa, we get two different points of view. We are giving glimpses of the real Tessa and Jace. The more info I got, the more intricate the story became.
As a domestic thriller, Finding Tessa receives a two thumbs up from me. Both Tessa and Jace were smartly crafted. There was no way, I wouldn't sympathize with Tessa and her bad luck. With all the times' men have hurt her, she was due to find someone nice but looks can be deceiving.
Cliffhanger: No
4/5 Fangs
A complimentary copy was provided by Scarlet via Netgalley in exchange for an honest review.
Posted by MrsLeif at 9:49 PM