The Drowning Kind by Jennifer McMahon 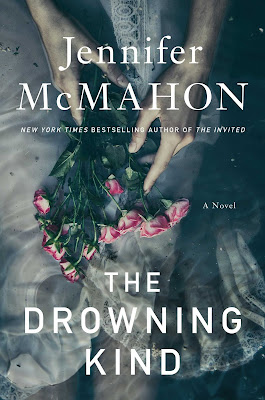 Be careful what you wish for.
When social worker Jax receives nine missed calls from her older sister, Lexie, she assumes that it’s just another one of her sister’s episodes. Manic and increasingly out of touch with reality, Lexie has pushed Jax away for over a year. But the next day, Lexie is dead: drowned in the pool at their grandmother’s estate. When Jax arrives at the house to go through her sister’s things, she learns that Lexie was researching the history of their family and the property. And as she dives deeper into the research herself, she discovers that the land holds a far darker past than she could have ever imagined.
In 1929, thirty-seven-year-old newlywed Ethel Monroe hopes desperately for a baby. In an effort to distract her, her husband whisks her away on a trip to Vermont, where a natural spring is showcased by the newest and most modern hotel in the Northeast. Once there, Ethel learns that the water is rumored to grant wishes, never suspecting that the spring takes in equal measure to what it gives.

Creepy. Oh so creepy!
Usually, when I read a book, I read it all in one sitting. I like to know what happens. Well, this is one of those few times when I had to put the book away. It happened around the 50% mark. I got so spooked that I couldn’t continue reading.
The story is an interesting one. Famous springs that are whispered to grant wishes. Sick people getting better after bathing or drinking the spring water. However, there is a price to pay.
Are you willing to pay the price?
The Drowning Kind has two timelines.
One is told by Ethel O' Shay Monroe. Ethel is a young woman who recently married a doctor. She has a happy marriage except that she's having fertility issues. She wants nothing more than to become a mother but despite trying, no baby is making an appearance. Her husband plans a visit to a grand new hotel and their miracle springs, Brandenburg Springs Hotel and Resort in Vermont. Ethel starts to believe that the springs could be the answer for them.
The other timeline is told by Jax in 2019. Jax is a social worker who has to travel to her grandmother's home, Sparrow Crest, after finding out that her estranged sister, Lex, has drowned in the pool. Jax feels guilty since she purposely stayed away from her sister who was bipolar.
Eery and suspenseful is the best way I can describe this novel. I was wondering how the two timelines could intersect.
Many times, I found myself thinking get away from the freaking water!! Why won’t they listen??
After reading this, I think I might not go into my pool for a while. Never in the dark. Never along.
Cliffhanger: No
4/5 Fangs
A complimentary copy was provided by Gallery via Netgalley in exchange for an honest review.
Posted by MrsLeif at 12:13 PM