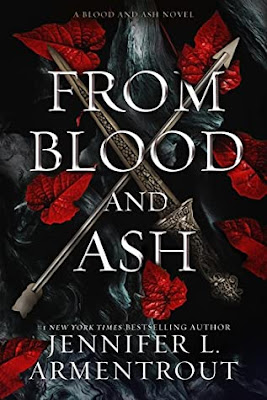 A Maiden…
Chosen from birth to usher in a new era, Poppy’s life has never been her own. The life of the Maiden is solitary. Never to be touched. Never to be looked upon. Never to be spoken to. Never to experience pleasure. Waiting for the day of her Ascension, she would rather be with the guards, fighting back the evil that took her family, than preparing to be found worthy by the gods. But the choice has never been hers.
A Duty…
The entire kingdom’s future rests on Poppy’s shoulders, something she’s not even quite sure she wants for herself. Because a Maiden has a heart. And a soul. And longing. And when Hawke, a golden-eyed guard honor-bound to ensure her Ascension, enters her life, destiny and duty become tangled with desire and need. He incites her anger, makes her question everything she believes in, and tempts her with the forbidden.
A Kingdom…
Forsaken by the gods and feared by mortals, a fallen kingdom is rising once more, determined to take back what they believe is theirs through violence and vengeance. And as the shadow of those cursed draws closer, the line between what is forbidden and what is right becomes blurred. Poppy is not only on the verge of losing her heart and being found unworthy by the gods, but also her life when every blood-soaked thread that holds her world together begins to unravel.

Well, can I say that expected to love this book?
Of course, it’s written by JLA. One of my favorite authors. I probably own all her books in kindle and paperback.
The main characters were well developed and intriguing enough.
The romance dance was superb!
The intrigue everything I need it to be.
The ending, although I knew where it was going, didn’t make me love it any less.
So what’s the book's premise?
We are introduced to Penelope (“Poppy" to her friends), the Maiden. The one chosen by the gods. She’s the one who will be responsible for the ascension of so many when she turns nineteen.
However, in the meantime, no one can talk to her. No one is allowed to see her face. No one can touch her. Yet, Poppy craves independence. She craves freedom. She’s not thankful to be the Chosen One. She wishes she could instead be fighting side by side with her guards.
When she was little the cravens took her parents from her. They were murdered and her face and body were scarred for life. As an adult, the last thing she wants is to be defenseless. Covertly, her guard (and the only father figure she has known) Víctor, has trained her in all possible ways to fight and to win.
Hawke, her new Royal guard with the golden eyes is something she was not expecting. He understands her. He also drives her mad and she had some violent tendencies toward him. He sees too many things she wants to hide from him and all others.
From Blood and Ash is a great beginning to a new series. There was plenty of action and romance. The world-building was done well and the take on supernaturals was a pretty cool one too. Of course, the best part was the ending.
Was it a cliffhanger?
Yep.
5/5 Fangs
Posted by MrsLeif at 11:57 AM