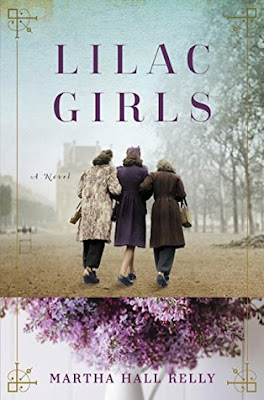 Inspired by the life of a real World War II heroine, this powerful debut novel reveals an incredible story of love, redemption, and terrible secrets that were hidden for decades.
On the eve of a fateful war, New York socialite Caroline Ferriday has her hands full with her post at the French consulate and a new love on the horizon. But Caroline’s world is forever changed when Hitler’s army invades Poland in September 1939—and then sets its sights on France.
An ocean away from Caroline, Kasia Kuzmerick, a Polish teenager, senses her carefree youth disappearing as she sinks deeper into her role as courier for the underground resistance movement. In a tense atmosphere of watchful eyes and suspect neighbors, one false move can have dire consequences.
For ambitious young German doctor, Herta Oberheuser, an ad for a government medical position seems her ticket out of a desolate life. But, once hired, she finds herself trapped in a male-dominated realm of Nazi secrets and power.
The lives of these three women are set on a collision course when the unthinkable happens and Kasia is sent to Ravensbrück, the notorious female-only Nazi concentration camp. The tragedy and triumph of their stories cross continents—from New York to Paris, and Germany to Poland—capturing the indomitable pull of compassion to bring justice to those whom history has forgotten.
In Lilac Girls, Martha Hall Kelly has crafted a remarkable novel of unsung women and their quest for love, happiness, and second chances. It is a story that will keep readers bonded with the characters, searching for the truth, until the final pages.

What an interesting story!
Caroline Ferriday was a real person. A devoted philanthropist who felt compelled to help others. One of the most important achievements of her life was to help with the ones called "Rabbits".
The Rabbits were the Polish women who were taken into the largest all-female concentration camp in  Ravensbrück and who many surgical procedures were performed against their will. Many different surgeries were done including sterilization and introducing different materials like dirt, glass, and bacterial cultures into their legs to promote infection and to test the efficacy of sulfa drugs. More than half of the Rabbits died from these experiments. The 35 Ravensbrück Rabbit survivors suffered from chronic pain, infections, and inability to walk. After the war and over the years, no one helped them until Caroline Ferriday learned about them and she made sure the USA learned about them too.  Then, the Rabbits came to America and got the reconstructive surgery and treatment they needed all at no cost to them.
I was so engrossed in the story and it's three narrators.
Caroline Ferriday: almost as her true self. A socialite who dedicates her time to a cause while working (for free) at the French Consulate in New York when the war begins. She helps deliver packages for children in different orphanages in France.
Kasia: A young Polish girl at the beginning of the war who as part of the underground resistance is found out and is taken to Ravensbrück in the company of her mother, a nurse, and her sister, a physician.
Herta Oberheuser: she's a german surgeon who believes blindly in Hitler. She takes the job at Ravensbruck and despite being the only female doctor she has no qualms in running the experiments on the Polish women.
Lilac Girls was sad and horrifying but it also exhibited hope, love, empathy, and the will to survive against all odds.
Cliffhanger: No
4/5 Fangs
Posted by MrsLeif at 12:02 PM