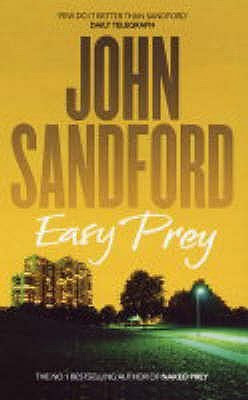 A Lucas Davenport thriller by internationally bestselling novelist John Sandford
In life, she was a high-profile model. In death, she is the focus of a media firestorm that's demanding action from Lucas Davenport. Especially as one of his own men is a suspect in her murder.
But when a series of bizarre, seemingly unrelated slayings rock the city, Davenport suspects a connection that runs deeper than anyone has imagined - one that leads to an ingenious killer more ruthless than anyone had feared...

Lucas Davenport is called to deal with a new case, the murder of Alie'e Maison, one of the most famous models. She has been choked to death at a party after ingesting drugs and having sex with two other women.
Lucas arrives at the scene of the crime and his mind is starting to create a suspect list when a second body is discovered stuffed in a closet. The second body is of another woman. The murder of the young model makes no sense and Lucas's radar starts working non-stop to find the killer of these two women.
In the midst of the investigation, Lucas's romantic life is being pulled from three different angles.
Catrin is his ex-girlfriend from college who is going through a midlife crisis. She is not sure she can continue to stay in her marriage and Lucas might be a nice distraction.
Weather, his recent ex, and the woman he fell in love with. Losing her sent him into almost another depressive episode and a chance at having her back in his life, for good this time, is not something he won't consider.
Lastly, there is a new kid on the block. Jael an ex-model who is part of the current investigation. Someone who intrigues him. Who's a little dangerous herself.
As a whole, this book is not my favorite. I like the last two much more. The action, the bad guys, the resolution were more intriguing than what Easy Prey gave me. What I do love is the camaraderie between the team, the jokes, the little things I have come to appreciate from all the different characters. That's not to say I wasn't worried about a character in particular and I was going to be so upset if the author went the wrong way with it. Glad he didn't ruin it for me.
In regards to Lucas's love life, it is still a mess. He is a mess. I don't think he can be faithful. His mind is always pulling him towards disaster.
Onto the next installment...
Cliffhanger: No
3/5 Fangs
Posted by MrsLeif at 4:44 PM