The Girl in the Moss by Loreth Anne White 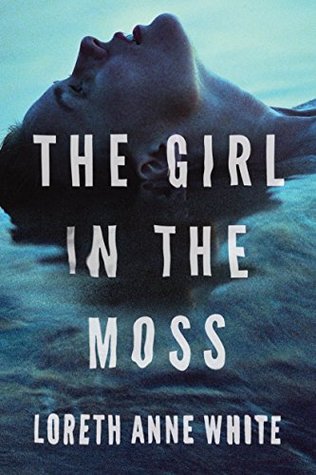 Disgraced ex-cop Angie Pallorino is determined to make a new start for herself as a private investigator. But first, she and her lover, newly promoted homicide detective James Maddocks, attempt a quiet getaway to rekindle a romance struggling in the shadows of their careers. The peace doesn’t last long when human skeletal remains are found in a nearby mossy grove.

This decades-old mystery is just what Angie needs to establish her new career—even as it thrusts her and Maddocks back into the media spotlight, once again endangering their tenuous relationship.

Then, when Angie’s inquiry into the old crime intersects with a cold case from her own policing past—one that a detective on Maddocks’s new team is working—the investigation takes a startling twist. It puts more than Angie’s last shot at redemption and a future with Maddocks at risk. The mystery of the girl in the moss could kill her.

"We all tell lies. We all have secrets. A secret can own a person. A secret is powerful. But only to the degree that the truth threatens someone."

And this is the way you end a trilogy!

It's not a secret I love everything Loreth Anne White writes. However, I was a tad upset with Angie for always running into a scary situation with all her guns blazing but without the right back up.

In The Girl In The Moss, everything is different. Angie appears to be more grounded. She shines as an excellent investigator and she's doing it all without breaking the law. Her current situation is hard for her. She still feels like a cop but she can't force people to talk to her. They have to agree to meet her and some people are not very nice to her. It's quite an adjustment for our Angie.

"she was no longer a cop, defaulting to old police procedure at a potential crime scene was an easy coping mechanism, a way of guarding her emotions from others."

For those who can't remember, at the end of the Lullaby Girls, Angie is not a cop anymore. At present and months later, she's accumulating hours to officially become a P.I. Her new boss doesn't make it easy on her. He dislikes her recent notoriety which makes it hard for her to do her job.

Angie and Maddocks have taken time off and are on a mini fly fishing vacation when they stumble upon the bones of Jasmine Gulati, a young woman who disappeared two decades ago. Angie is hired to investigate the case by Jasmine's grandmother, Jilly Monaghan. This is where Angie shines. She does a beautiful job at piecing it all together by following the clues she uncovers.

With respect to her personal life, things are moving at a much slower pace. Angie has a fear of commitment. She also has a fear of being left behind. Nonetheless, she's getting better at it too. She does so many positive things. Her scenes with Ginny and her father made me smile.

"I want your love. I want it honest and full, and I want acknowledgment that you know I’m there for you, that you trust me."

The Girl In The Moss has a great ending but my hope is that Loreth Anne White decides she's not done with Kjel Holgersen. The man is a mystery I want to unravel.

A complimentary copy was provided by Montlake Romance via Netgalley in exchange for an honest review.
Posted by MrsLeif at 8:30 AM