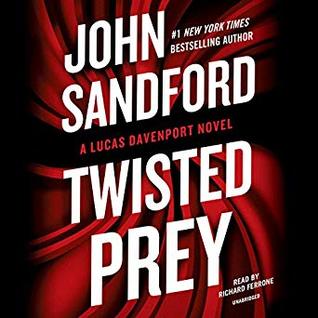 Lucas Davenport confronts an old nemesis, now more powerful than ever as a U.S. senator, in the thrilling new novel in the #1 New York Times-bestselling Prey series.
Lucas Davenport had crossed paths with her before.
A rich psychopath, Taryn Grant had run successfully for the U.S. Senate, where Lucas had predicted she’d fit right in. He was also convinced that she’d been responsible for three murders, though he’d never been able to prove it. Once a psychopath had gotten that kind of rush, though, he or she often needed another fix, so he figured he might be seeing her again.
He was right. A federal marshal now, with a very wide scope of investigation, he’s heard rumors that Grant has found her seat on the Senate intelligence committee, and the contacts she’s made from it, to be very…useful. Pinning those rumors down was likely to be just as difficult as before, and considerably more dangerous.
But they had unfinished business, he and Grant. One way or the other, he was going to see it through to the end.

I listened to the audiobooks of the Lucas Davenport series with my husband and we both agree that this one is probably one of the best.
If you have read the Lucas Davenport books you know that Lucas has wanted to catch Senator Taryn Grant for past crimes. He is sure she orchestrated the death of several people and she needs to be stopped. If she has killed once, she won't stop. People like her will try again.
When Senator Porter Smalls's car is hit by a truck and derailed causing the car to crash and leaving the driver dead but there is no evidence of the car being hit by another vehicle, he knows he needs to call Lucas. Someone wants him dead and his first instinct is to believe that Taryn has a hand in it. Lucas believes Smalls and he is sure that Taryn has the right connections now that she is part of the Senate intelligence committee. The hard part for Lucas is trying to prove it. He lost Taryn once, is she going to escape him again?
Twisted Prey is a nail-biting novel. I wanted Lucas to succeed in catching Taryn but I wasn't sure he was going to be able to pull it off.
Lucas once again teams up with US Marshalls, Bob, and Rae who are great at the dry humor that this series is known for.  Also, Kidd, Virgil, Weather, and Letty all make an appearance in Twisted Prey.
As always Richard Ferrone does a magnificent job with his narration.
"I don't know what you're talking about."
Cliffhanger: No
5/5 Fangs
Posted by MrsLeif at 9:18 PM