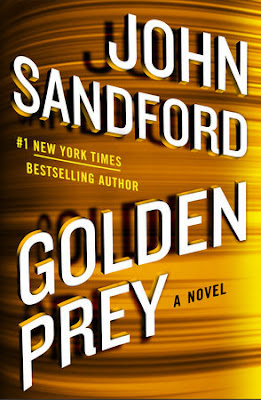 The man was smart and he didn’t mind killing people.
Welcome to the big leagues, Davenport.
Lucas Davenport’s first case as a U.S. Marshal sends him into uncharted territory, in the thrilling new novel in the #1 New York Times-bestselling series.
Thanks to some very influential people whose lives he saved, Lucas is no longer working for the Minnesota Bureau of Criminal Apprehension, but for the U.S. Marshals Service, and with unusual scope. He gets to pick his own cases, whatever they are, wherever they lead him.
And where they’ve led him this time is into real trouble. A Biloxi, Mississippi, drug-cartel counting house gets robbed, and suitcases full of cash disappear, leaving behind five bodies, including that of a six-year-old girl. Davenport takes the case, which quickly spirals out of control, as cartel assassins, including a torturer known as the “Queen of home-improvement tools” compete with Davenport to find the Dixie Hicks shooters who knocked over the counting house. Things get ugly real fast, and neither the cartel killers nor the holdup men give a damn about whose lives Davenport might have saved; to them, he’s just another large target.

Lucas is back on form!
Lucas is now a US Marshall after saving the life of a presidential candidate. Luckily, he is still his own man. For the most part, Lucas is able to select the cases that interest him and proceed with an investigation.
The newest case that attracts him, involves the robbery and murder of five people at a Honduran drug cartel counting-house in Biloxi. One of the victims was a 5-year-old girl. Everything points to the killer being Garvin Poole. Yet, no one has been able to catch him before. He is a cold-blooded killer without a conscience. Poole's only weakness seems to be that he is in love with Dora Box. An ex-beauty queen who loves him despite his tendencies.
Also on the hunt, are two killers, Soto and Kort, who are hired by the cartel to find the people who stole the money from them and eliminate them.
Joining Lucas, is two other US Marshalls, Bob, and Rae. Both are as determined as Lucas to catch Poole and his associates.
I liked this one. Everything was new to Lucas. He isn't in the twin cities anymore. He has to start making new connections and learning this new gig as a Marshall. Lucas is all about the hunt and catching the bad guy or girl. ( I still don't forgive him for Clara Rinker). He is like a bloodhound, once he has the smell, he can't stop until he finds his prey.
Cliffhanger: No
4/5 Fangs
Posted by MrsLeif at 8:51 PM